Sprint is now pushing out Marshmallow to the Galaxy S5, Samsung's flagship phone from 2014. This marks the third major version of Android to run on the phone, following Lollipop (though not 5.1) and KitKat before that.

The update is going out as software version G900PVPU3CPCA. Users get all the goods they can expect from a TouchWiz-covered version of Android 6.0. Since much of what makes Marshmallow great takes place under the hood, such as Doze, that isn't so bad. Being able to use an SD card as internal memory should be nice here, considering the S5 has expandable storage unlike the flagship that came after it. 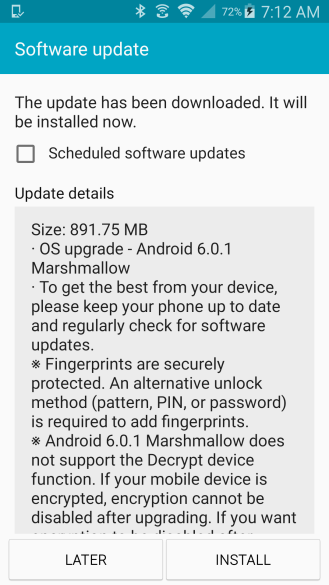 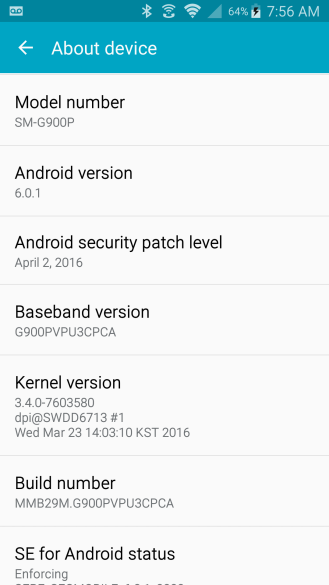 Sprint says the over-the-air update is going out in phases starting today and completing by May 19th. So if you don't get anything right away, be patient. This could take a while.

An OTA may be hitting the Galaxy S5 Sport as well. Sprint updated the support page for that device, though it hasn't yet provided a changelog.

LendingRobot Lets You Monitor Your Portfolio Performance On Prosper, Lending Club, And Funding ...