I find most Square-Enix RPGs to be baffling in that somewhat generic anime way: as one reviewer puts it, the stories always seem to revolve around a bunch of teenagers killing Satan with the power of friendship. Throw in perhaps one of the biggest (or at least most complicated) crossovers in media history, and my head starts to spin. So it is with the Kingdom Hearts series of action-RPGs. It's been mixing Squaresoft's Final Fantasy mythos with more or less every Disney animated movie, plus its own impenetrable plots and original characters, since the first game came out on the PS2. Oh, and for some reason all the heroes hit stuff with giant keys.

Though several of the earliest games could be ported to Android with relative ease (especially the side stories from portable consoles), Kingdom Hearts Unchained X is the first to make it to the Play Store. It's based on a browser-only game that was released back in 2013. In Kingdom Hearts X you create your own character and face off against the series' Heartless bad guys (plus rote villains from the Disney and Final Fantasy universes) in real-time combat. Your moves and special attacks are determined by Character Medals, which are basically magic Pogs emblazoned with a recognizable Disney or Square-Enix character. On top of that, the story goes through several Disney and Final Fantasy worlds where the familiar good guys will lend you a hand in defeating the Heartless.

Graphics are 2D only, but they're fluid and stylized enough to be quite engaging. There's a multiplayer raid system and a boss arena for when you've gotten through the main story. The only real downer is that attacks and equipment must be continually upgraded to remain effective against the bad guys, which is where the in-app purchases come in. The game is free, but IAP goes up to a hundred bucks... and now you know why Square-Enix hasn't bothered to port any of the older Kingdom Hearts games to Android. 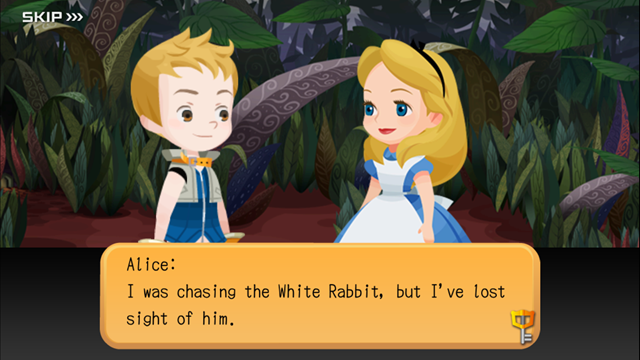