The Huawei P9 has leaked quite a bit over the past few weeks, but now it's finally official, with Huawei announcing the device at an event in London. The standard P9 has the same screen size as its predecessor, a 5.2-inch 1080p display, while the P9 Plus has a 5.5-inch display, but still at a 1080p resolution.

However, the big feature of the P9 is the camera, or cameras if you're being pedantic. The P9 carries over the dual camera set-up from the Honor 6 Plus, but goes further this time, with the previously-announced Leica partnership culminating in a Leica SUMMARIT H 1:2.2/27 dual lens, with dual LED flash and laser autofocus included. Altogether, the camera module totals up to 12MP, but it remains to be seen how this will translate to real-world usage. Huawei and Leica are calling this the "reinvention of smartphone photography," saying the P9 has been "co-engineered with Leica," so we're expecting big things.

Other specs for the P9 and P9 Plus include a 2.5GHz octa-core 955 Kirin SoC and 3 or 4GB RAM depending on the storage variant. It's powered by a 3000mAh battery which will reportedly last for 12 hours while playing HD video. The phone's body is aluminum, save for those pesky antenna lines, and does have a distinctly Nexus 6P feel about it, with USB Type-C and a fingerprint sensor on the rear of the phone. It sadly is missing those lovely front-facing speakers that are on the Nexus device, though. It's also only 6.95mm thin, meaning it's thinner than the Galaxy S7, plus no camera bump at all, unlike the 6P. Dual SIMs are supported, as are Micro SD cards, in a slot together with the SIM cards, a feature unique to the P9. The P9 Plus also has what Huawei is calling a 'Press Touch Display,' using two level pressure sensitivity to detect how...forceful...a press is. 18 native apps will support this on launch. Another unique feature is an IR blaster, allowing users to control devices such as TVs or DVRs.

We're working on getting some hands-on pictures and more details about pricing and availability, so stay tuned. 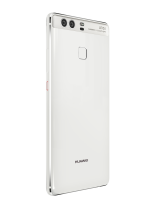 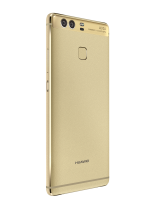 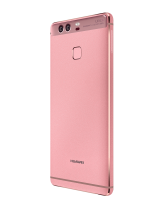 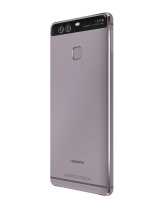 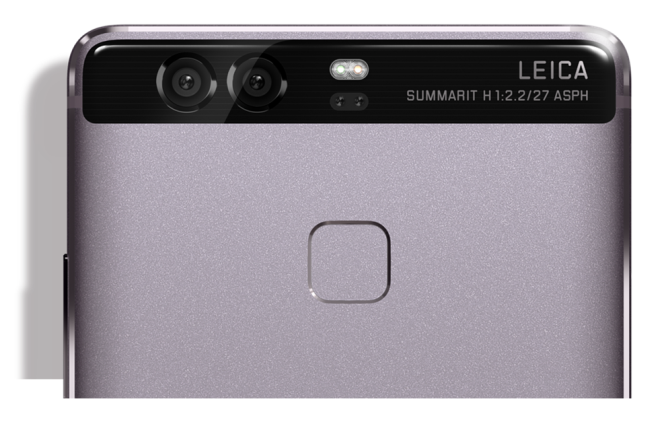 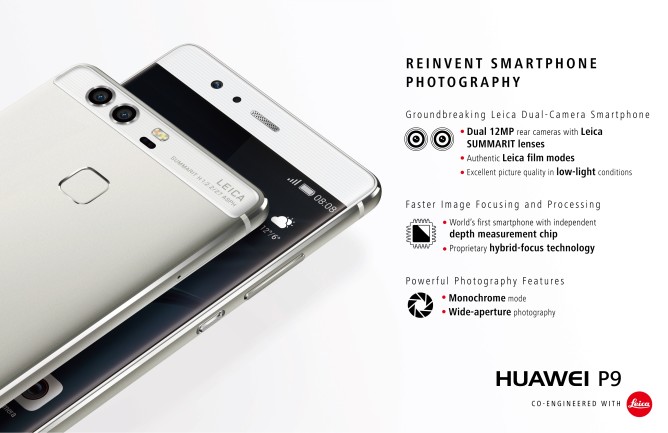