The first thing to note about the Huawei P9 is how thin it is. At only 6.95mm, the phone feels very narrow in your palm, negating that 5.2-inch 1080p display. While I have big hands (my normal phone is a Nexus 6P, and I could go bigger), the P9 fits in my hand very well, not feeling too big or too small. Another thing you notice is its weight: it weighs only 144g, which for a phone of this size is crazy. It doesn't feel like it weighs this, though; maybe it's the thinness, or the compact body, but it feels like it weighs much less.

The phone is, however, a fingerprint magnet. The model I have, the titanium grey, picks up fingerprints quite quickly, which you might be able to see in the photos. Because it's aluminum, it feels very similar to the 6P in a lot of aspects. There's no camera bump, though, and the fingerprint sensor is proportionally higher up on the P9. That said, the sensor is very fast and accurate - I touch it, hold for around 1 second (maybe less; it's hard to tell), and I'm in. 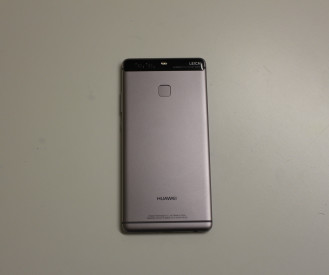 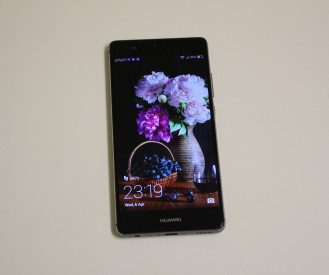 Moving to the front of the phone, it's sparse and clean, which looks great. It is missing front-facing speakers, though, and has a half-inch smaller screen than the 6P. Pixel density is high, at 423PPI, and the AMOLED screen is bright and vivid. On the bottom there's a USB Type-C port, a speaker, a microphone, and a headphone jack. The right side of the device has a curiously-placed power button, below the volume buttons. The power button is, like the 6P's, textured.

Now onto the big feature: the camera. While I haven't had a chance to properly test it yet, I can initially say it takes really good pictures; sharp and crisp, with a realistic portrayal of colours. The Leica features seem to be a genuine benefit, adding in a lot of camera modes and options, including ISO, shutter speed, and exposure settings. I'm interested to find out how this camera performs, because I'm expecting a lot from it. 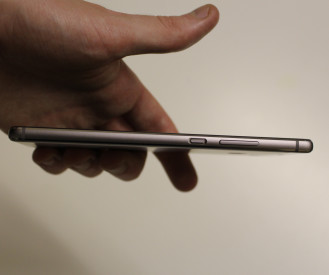 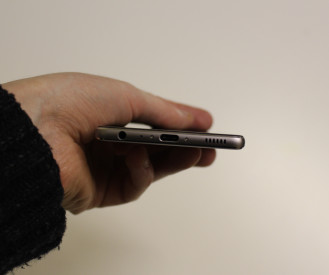 The phone runs Android 6.0 Marshmallow, with Huawei's Emotion UI skin on top. I'm used to stock Android - my previous two phones have been Nexus devices - so using Emotion UI is a bit of a shock. It feels very iOS-y, with no app drawer and a general feel to the OS that comes straight out of Apple's playbook. It'll be fascinating to see whether I warm to Emotion UI, or whether I'll go back to my Nexus 6P with a sigh of relief. That said, Emotion UI appears to be lag-free on the P9, with no hiccups whatsoever, so that's a good sign.

Overall, the device feels great to hold, looks fantastic, and it is smooth and fast. While battery life is an unknown quantity, Huawei says it can play HD video non-stop for 12 hours straight, so I will definitely test this out. The camera seems impressive, but whether this will prove true or not remains to be seen. Good job, Huawei - you've impressed me thus far.

[Update: Changes Were Reverted By Server-Side Switch] Google+ v7.6 Brings A Bunch Of ...