The Huawei P9, the latest flagship from the ascending Chinese brand, has been announced sporting the Leica mark on its camera module. This is because Leica is a well-known luxury camera and optics manufacturer whose products range from around $1000 to upwards of a small German luxury sedan. While Leica's merits in its own field could be debated ad nauseam in their own right, I don't want to get into that - I do want to get into why its name is plastered on a Huawei phone.

The reason, ladies and gentlemen, is value by association. The Leica brand is associated with products that evoke the image of luxury and privilege, of wealth and prestige - at least among some consumers. I'm not saying everyone thinks this. Hell, most people probably don't even know Leica exists. But there is a not-insignificant number that do, and they might be willing to lend the presence of the Leica name on a smartphone some weight in consideration as to whether or not they want to buy said smartphone.

Note that this is independent of whether or not the Leica name is actually representative of any sort of hardware, improved imaging performance, or anything that might otherwise qualitatively impact the phone. Most people buying phones have no idea how a digital imaging system works, or whether it's even conceivable that Leica could provide appreciable improvements to such a system. After all, Leica does not make mobile cameras, mobile camera sensors, or at least up to this point, mobile camera lenses (and I personally doubt they made these ones so much as "signed off" on them). And to be perfectly clear, I am not saying anything about the P9's camera itself - it may well be awesome, I don't know. I just doubt Leica had as much to do with it as Huawei wants us to think.

Vlad Savov of The Verge attempted to probe Huawei on this issue specifically, and guess what: the answer he got was a predictable load of sidestepping crap. Much in the way Eddie Bauer was never a coachbuilder, Leica never actually has to make a mobile camera to stick its name on the back of somebody's phone - and that is critically important to remember. 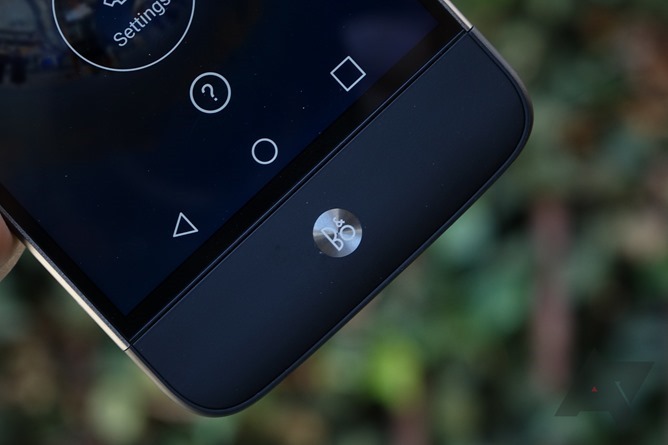 Another recent smartphone luxury brand partnership came in the form of the LG G5. Specifically, one of its modules - the B&O Hi-Fi DAC. I've used the device and, as I suspected, it doesn't "improve" music so much as it applies some fairly noticeable DSP and/or equalization, which to me is pretty much the antithesis of the purpose of a standalone DAC / amp (which is to be as transparent as possible, leaving adjustment to the end listener). B&O, for all we know, had zero involvement in the actual hardware. And frankly, there's no reason to think they did. At the end of the day, B&O is a recognized brand in the luxury audio world (particularly in Europe, where the Hi-Fi DAC, coincidentally, is primarily being marketed), and slapping that brand on a little electro-box and calling it "Hi-Fi" is mostly marketing.

Why the post, though? Well, as smartphones become commoditized and competition heats up among phonemakers using largely similar parts, technologies, and processes to optimize the end user experience on all fronts, differentiation is going to become more and more difficult for those manufacturers. You have, in reality, one choice for a premium chipset vendor at the moment (Qualcomm) that doesn't involve tacit endorsement of your rival (Samsung's Exynos), one premium image sensor vendor (Sony), a handful of display system ODMs (JDI, LG, Samsung, and a few others), and lithium-ion batteries that are largely similar in performance. And you have the same operating system and content store when all's said and done.

This makes the appeal of product partnerships increase. After all, if you can secure a 1-year exclusive licensing deal with Leica for your camera or B&O for your premium internal audio equipment, you can claim something your rivals can't. It doesn't matter if that partnership has any true end-benefit to the consumer (and I'm not saying all don't - just that historically this tends to be the case), it's something you can use in marketing materials and advertisements that, ostensibly, sets your product apart.

And some partnerships are meaningful. Look at Samsung and Oculus. But some are not - like that time Montblanc built an absurdly expensive stylus for the Note 4. And many brand partnerships - particularly those with luxury brands - are not about the products themselves, they're about selling you that brand. So, I say to all of you, just watch out for the marketing - it's everywhere, it can be all too easy to take at face value, and smartphone makers are more desperate than they ever have been to get you to look in their direction.