At this point, it feels like we know quite a lot about the Huawei P9, the Chinese manufacturer's new flagship. Thanks to the earlier VentureBeat leak, we know there'll likely be a version packing 4GB RAM and a high-end Kirin 955 SoC, and possibly a cheaper, lower-end version with a Kirin 950 and 3GB RAM, both with a 5.2-inch 1080p display. 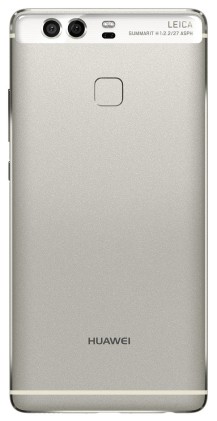 Yesterday, however, a new image of the P9 leaked, courtesy of Evan Blass, a.k.a. @evleaks. The image, which looks like a press shot or similar, shows the back of the phone, with the dual-camera setup and fingerprint sensor. But what's significant here is the Leica camera, with a SUMMARIT H 1: 2.2/27 lens (f/2.2 aperture, 27mm focal length). Summarit is the mid-range brand of Leica lenses; the "affordable" range, if you will. Interestingly, Huawei announced a partnership with Leica in February, saying the two companies want to "create a powerhouse in the reinvention of smartphone photography." Leica is, of course, one of the world's foremost high-end, money-is-no-object camera manufacturers, so Huawei partnering with them is a pretty big deal for mobile photography.

Huawei has a press event in London on Wednesday, where it's expected to announce the new flagship. If the minisite is anything to go by, it definitely looks like photography and the camera will be a big part of the event, especially considering the tagline, "Change the way you see the world."