One of the most requested changes in the comment section of each WhatsApp article we post is an updated camera interface (well, beside GIF support). The app has been through lots of Material changes over the past year or so, from a complete UI overhaul to small icon and element modifications, but the built-in camera has always looked the same as it did several years ago. That's finally changed in version 2.16.4 of the app, and no, this isn't an April Fools.

Gone is the big Holo-blue shutter button and the old flash and switch camera icons, also gone is the upper box that said, Send to (Contact). Instead, there's a new white shutter button, new flash and switch camera icons, a roll of your most recent images (camera photos and saved images from other apps) for easy sharing, and a small tip at the top that explains how to take videos. When you hold the white shutter button, it switches to red and starts recording videos. To stop recording, you just lift your finger. 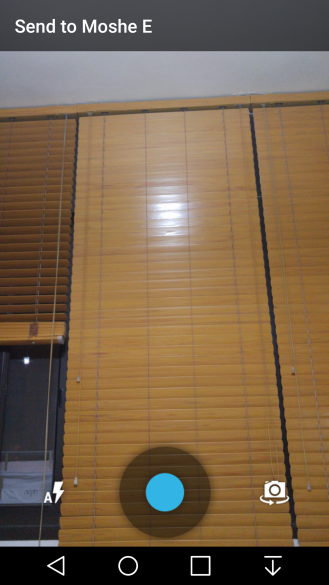 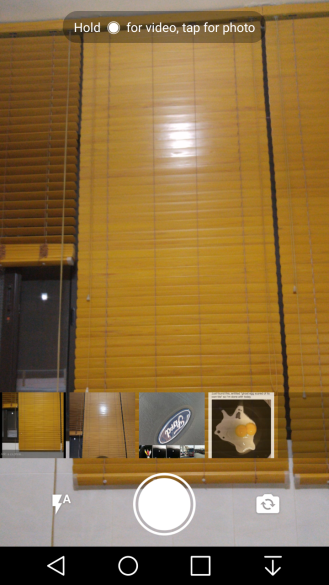 Camera interface before (left) and after (right)

After you capture your photo or video, the interface for sharing and captioning has also gotten a bit of a facelift. Instead of the big round grey and white cancel and send icons, there's a new teal green floating action button for sending. The caption box is pushed to the bottom of the screen and there's a back arrow at the top that acts as a cancel option. 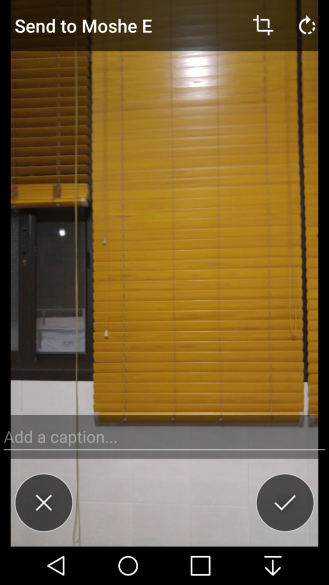 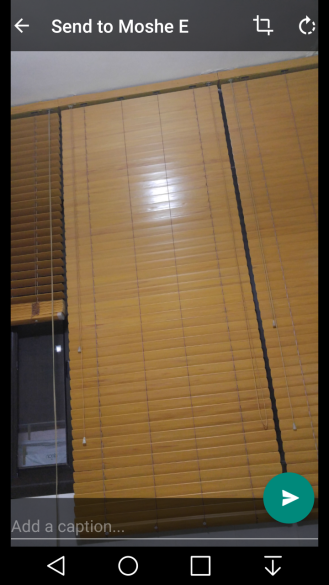 Sharing and captioning a new photo or video: before (left) and after (right)

The changes are available in WhatsApp's latest beta versions 2.16.4 and 2.16.5. (Just like you, I am confused as to how we went from over a year on small iterations of 2.12 to a sudden jump to 2.16: WhatsApp's developers must have a lot of fun with numbers.) These versions don't appear to be live on the Play Store's official beta channel, so you'll have to grab them manually from the APK Mirror links above if you want to have that new camera interface.