I'm sorry. Of course it didn't. But - wait! Don't leave yet. I have actual news to share with you on this oft-insufferable day of fools, and news from Saygus, no less. "It's probably just more excuses," you'd say, defeated and without hope. Well, uh, actually, you'd be right. So there's that.

Saygus set a shipping estimate of the end of March back in January, and I thought it was probable they'd unveil a very new and exciting list of reasons why they wouldn't be able to meet that estimate at some point very soon. As it turns out, "some point" was the afternoon of March 31st, also known as yesterday. And Saygus, never one to disappoint [my twisted sense of humor], gave up the goods. And by the goods, I mean some tweets.

Posting a series of updates:1)Circuit board-Completed and tested our 2nd
board in the last 2 months.Testing indicated this version is final.

More tweets follow, and for your convenience, I have merged them into one giant super-tweet, which I believe some people call a paragraph.

SMT- Last night, we completed the SMT to mount all the components on the PCB which creates the PCBA. Housing - The housing is the exterior of the phone that "houses" the PCBA, battery, etc. After SMT, this process takes days to a week. FCC/CE - We will submit the final version of the V SQUARED prior to final software testing. We plan to submit in the next couple of weeks. We apologize for the all the delays. We certainly didn't anticipate any. We had hoped to ship by now. We are working to build the best smartphone possible. Thank you for your continued patience and support. We anticipate shipping shortly. From now on, until the phone ships, we will be providing a weekly update.

I believe SMT stands for Surface Mount Technology, and refers generally to the process of mounting and connecting up all the components on the silicon that make up the phone's various circuit boards. I'll be honest: I'm not an engineer (could you tell?), and I'm uncertain where in the overall development and engineering process SMT sits in regard to building a smartphone. So, my commentary there is effectively null (I would love input from someone in-the-know, though). Here's a picture of a factory-thing Saygus posted, showing the SMT... process.

Pics from this weeks SMT session. "SG 02" is on the white board. "SG" stands for Saygus. "02" stands for squared. pic.twitter.com/QGbXpDjpF7

The rest of Saygus' statement is fun, too. Apparently they don't have FCC certifications yet (device manufacturers send phones to the FCC anywhere from a couple weeks to several months before launch), and the company still has not yet completed "final software testing." Saygus, of course, did not anticipate any of these delays, likely because they're the same company that promised and then never built a smartphone in 2010. 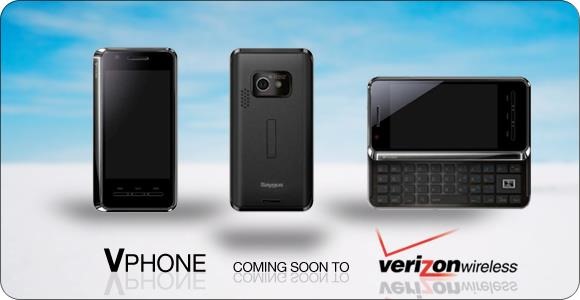 I met with Saygus' CEO at MWC, and it only felt like he was about to start yelling at me a couple of times. I look forward to the Saygus phone shipping, when and if it ever does, which still seems far from assured at this point.