The app will let users set up profiles, much like Netflix does, so each child in the family can watch their own shows. These profiles can be age-restricted, which means a 3-year-old wouldn't be able to watch a show designed for a 7-year-old. They're also customisable with 'Sky Buddy' avatars, personalising them and making the app appeal to children (although we doubt there'll be any problem there, especially if Peppa Pig has any say in the matter). 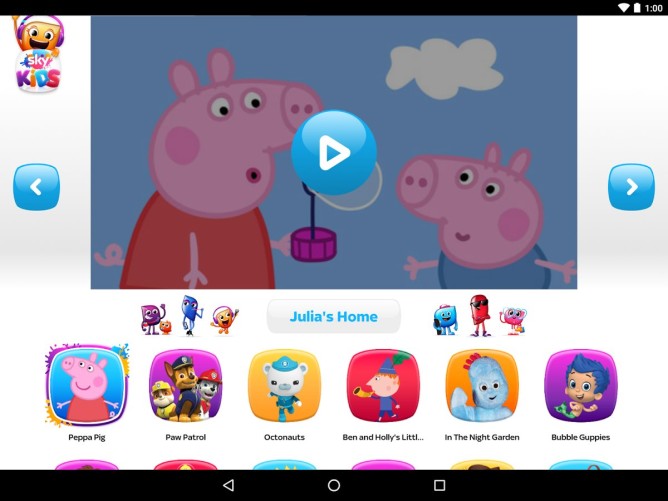 Sky says there are 'thousands' of TV episodes available on the app, from 16 of the 20 most popular shows. The app works over both 3G and 4G data, plus WiFi, meaning no matter if your children are at home or in the car, there's always something for them to watch.

Think of it as Netflix, designed for kids. The broadcasting giant says more features are coming later this year, including a sleep timer so parents can magically turn off the tablet when it's time for bed. Interestingly, Monument Valley developer ustwo was involved in the app's creation, as were numerous children and adults.

The app is installable from the Play Store, but remember it's only compatible with tablets. It could be sideloadable onto phones, although the layout may go a bit funky. The app is also georestricted - it's definitely not available in the United States, but may be in countries where Sky operates, such as Germany and the UK. Marvel Avengers Alliance 2 Is Out Of Geo-Limited Beta