Opera serves the same role on Android that it fulfills on desktops, being that quirky browser that one or two people you know checked out a while back. There's that one guy who swears it's better than anything else out there.

For that guy, a new update is making its way around Google Play. This release introduces a new tab browser that arranges tabs into horizontal windows. Two rows move simultaneously, with the lower row letting you swap between pages in a hurry. And as we mentioned when covering the beta, switching to private browsing creates a separate space with a dark background. 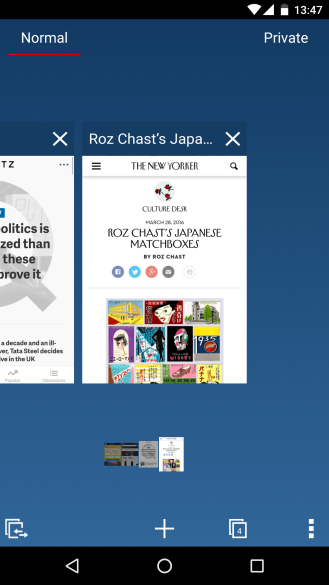 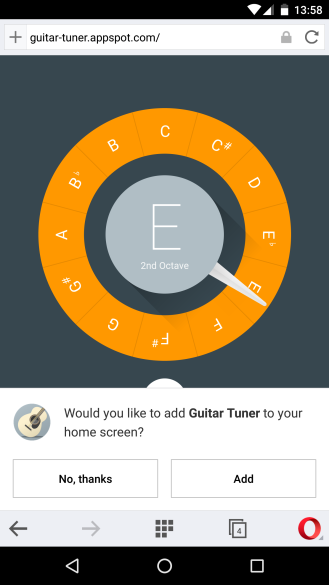 Another addition is a banner that prompts you to install web apps you visit regularly. These sites can feel like native software if launched the same way, so installation consists of dropping a shortcut on your homescreen.

On the backend, Opera is now powered by the latest version of Chromium, version 49.

More interesting, perhaps, is the experimental Physical Web support that comes as part of Chromium 49. You can activate it by going to opera:flags. Check out the video below to see a phone running Opera 36 control a miniature version of BB8.

LG G5 Review: A Bit Of A Mess, Frankly