The main portion of the game is more or less like all 3D LEGO games: play through a somewhat sanitized version of the events from the films, collecting extra characters, engaging in some light-hearted combat, and solving LEGO-themed puzzles. But the real draw here is the dinosaur mode, which lets you play as 20 different plastic dinosaurs in free-roaming sessions. If that's not enough, you can also make like Doctor Wu and splice different dinosaurs together to create new species.

The Android version of LEGO Jurassic World is based on the Nintendo 3DS and PlayStation Vita version of the original game, so it's not as lengthy or complex as the full console versions, but it should be more than enough for portable play. Like most LEGO Android games, it's five bucks with no in-app purchases. 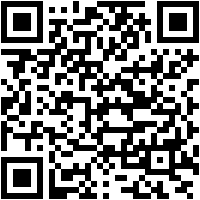 Borderlands: The Pre-Sequel, First Announced For The SHIELD Android TV At Launch, Is Finally ...