Jack Underwood, the developer of arguably the best calendar app on the Play Store, Today Calendar, has been working on his second app for a good while now - since the middle of last year, in fact. It's been available in beta since then, but Jack's just moved it to a general release, making it available for public download on the Play Store.

As Michael said in his initial look at the app last July, it's a writing app, but you won't find any of the extraneous options you might find in apps like Microsoft Word. Instead, it's purposely barebones, just letting you get on with the task in hand - writing. Text can be formatted when highlighted - a formatting bar appears with bold, italic, bullet points, options for larger or smaller text, and a quote function. Files can be exported to Markdown or plain text, and you can sync to Dropbox to backup files and access them elsewhere. 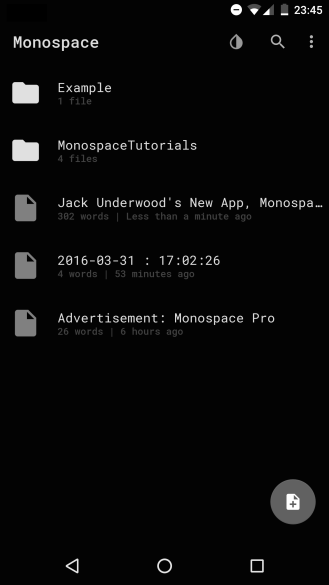 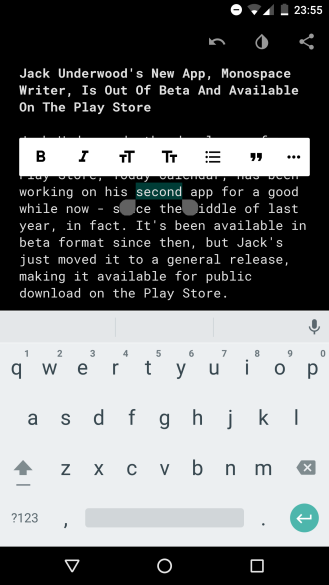 But what makes this app stand out from the rest is the use of #nesting to categorize #files. Put simply, the app will allow you to set up a makeshift file directory using #hashtags, organizing everything into a structured hierarchy of folders. You can also use the #encrypted hashtag to protect important or secret work from prying eyes; Jack's also added an option for fingerprint authentication to unlock encrypted files on supported devices.

The app's available on the Play Store now. The Pro tier is an in-app purchase. R.B.I. Baseball Is Back For 2016 Just In Time For Opening Day, But Changes From Last Year Are Minor