All good things must come to an end, and that goes double for things that aren't very good. Google is sending out emails to everyone who has a Google Wallet card explaining that support for the card is ending on June 30th. We first reported on this a few days ago when strings in a new version of the Wallet app made it clear Google was preparing to discontinue the card.

The Wallet card was exciting when it came out a few years ago, but it was only useful if you had a balance in Wallet. Apparently people haven't been using the Wallet card enough for Google to keep doing it. Google will instead focus its efforts on moving money in the Wallet app. The card will keep working until June 30th, but adding money directly from a debit card or bank account will also go away. That happens earlier, on May 1st. 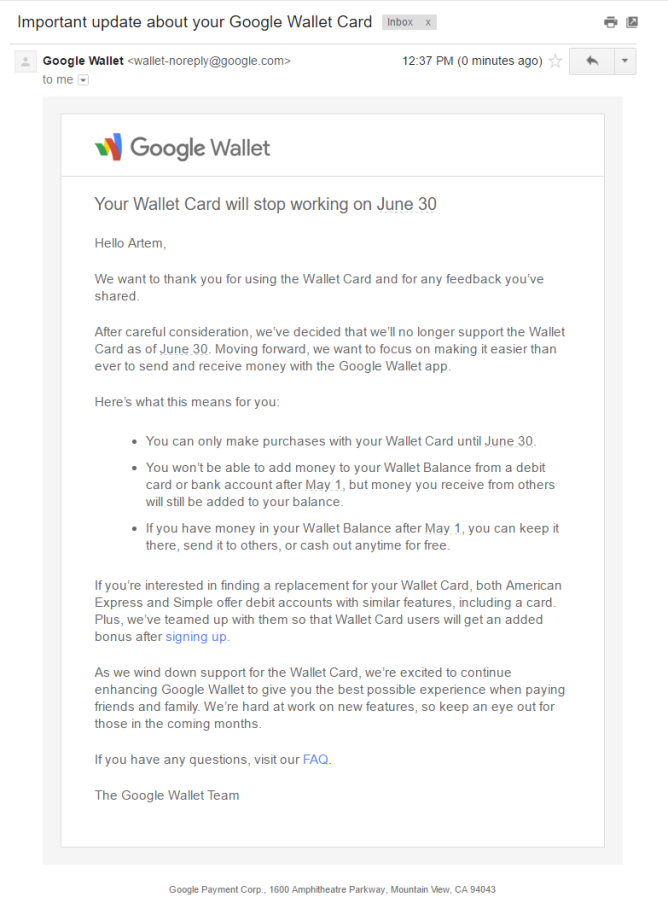 Any money still in your Wallet balance on May 1st can be kept there, sent to others, or cashed out. You'll still be able to receive money normally in Wallet and transfer it elsewhere, but dropping support for adding your own funds makes the whole product seem much less useful. Simple and AmEx are suggested as an alternative to Wallet cards, and Google worked out some incentives if you sign up.