How many bullets do you like to see in your top-down shooters? If you answered "a reasonable number," then Operation Dracula is not for you. The latest game published by Crescent Moon Games contains lots of snappy chiptune music, multiple characters, and a totally unreasonably number of bullets. Thus, a "bullet hell" shooter.

If you've played a top-down shooter in the past, you'll immediately get the gist of Operation Dracula. Your ship is down at the bottom of the screen, and enemies fly in from the top. There are a lot of them, and they fire a lot of bullets. You move around, firing constantly to take them out and dodge return fire. Be warned, this game is really, really hard. You have three hitpoints, four lives, and three continues. So basically, after taking 36 hits, it's game over. There are no save points.

There's an easy mode that I personally find more fun to play. However, it doesn't include the final boss battle. You have to play the normal mode to actually beat the game. Operation Dracula has a cool look with lots of bright colors and interesting enemy design, so it's worth at least trying. There are also no in-app purchases—just pay $2.99 and it's all good. 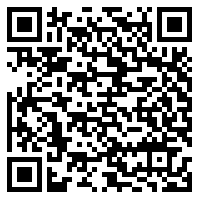