It's not often here at Android Police that we talk about good old-fashioned phones. No, not pocket computers. Not portable game consoles. Not point-and-shoot cameras. Just plain old, hold-up-to-your-ear, talk-using-your-mouth, keep-in-place-with-your-shoulder-instead-of-your-hands phones. But Google Fiber is giving us a reason.

Google is introducing Fiber Phone, a $10 a month landline plan with unlimited local and nationwide calls. There's support for such advance functionality as caller ID and dialing 911.

Fiber works with a traditional plug-in-a-phone-jack phone, but it also works on smartphones, tablets, and laptops. Like Google Voice, Fiber can be the one number that rings all the things, so you get calls whether you're at home or out and about. 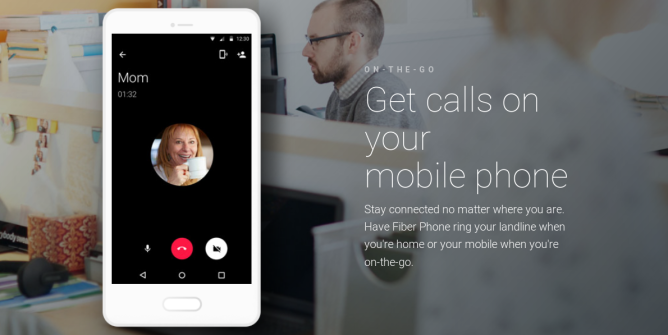 International rates are also the same as what you get with Google Voice.

Naturally, the plan is only available in cities with Google Fiber. Google won't see your complaints below, but feel free to bemoan the situation in our comments section anyway.

Oh, you actually live in one of the supported areas? In that case, feel free to sign up.