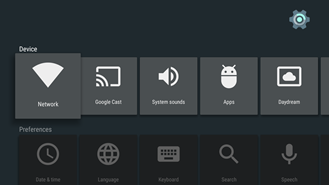 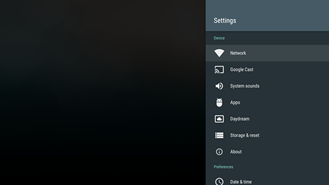 The Settings app has been given an entirely new look. Say goodbye to multiple rows of tiles, they've been replaced by a single column that looks very similar to the regular Settings app on phones or tablets, except it's anchored to the right side of the screen. Items are still organized into the same groups and have the same content, it's just a different layout. Text remains about the same size, but the huge icons have been traded in for much smaller counterparts.

This design change has at least one notable drawback: it requires more clicks on a remote to get to anything beyond the items that were in the first row. If you're using the really loose, creaky remote from the Nexus Player, you'll understand why this is such a noticeable side-effect. 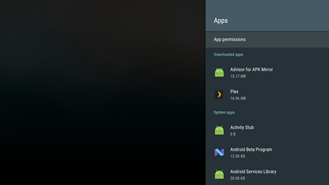 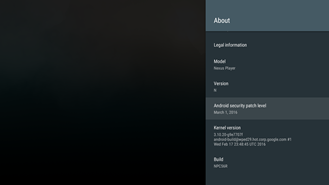 Most items on the list open up to fill the same right-side column. This is really no different than the previous version, which also opened to a column on the right, but it draws attention to the roughly 60% of the screen that is completely unused. Remember, this is a preview release, so there may be more changes coming–perhaps the Settings app will take on a split-pane layout similar to that of tablets. 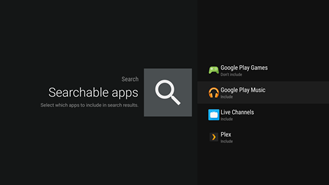 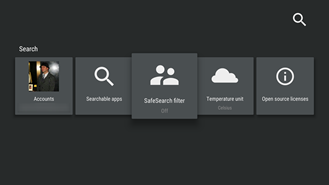 There are still some inconsistencies when the Settings app has to open screens provided by other apps. Since they were designed to fit into the old look, some configurations screens open into full size screens with custom or tiled layouts. The two screens pictured above come from the Google app, which handles most things related to search. These will obviously adopt the new look in time.

If there's one oversight Android TV users complain about more than anything, it's the lack of support for multiple accounts. It was the first complaint I had when I got my hands on an ADT-1, and newcomers often cite it as their leading issue with the platform. For a device that's supposed to be used by multiple family members, it only makes sense that all of them should be able to sign in and have access to the content they've rented or purchased on Google Play. 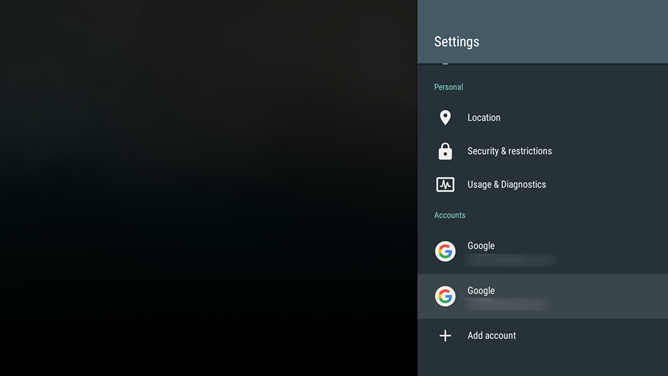 Android N finally brings multiple accounts to Android TV. It's not where users want it to be yet, but it's a necessary first step. Run down to the bottom of the Settings screen on the developer preview and you'll find an 'Add account' option. Clicking on it will launch the sign-in process and add the account to your list. It's worth noting that some set-top boxes have this option on Marshmallow, but it only shows a blank screen if an account is already signed in.

Unfortunately, multiple accounts aren't very useful at this early stage. Most apps haven't been updated to do anything with them, so they still default to the primary account. This includes: Play Music, Movies & TV, Play Games, and the Play Store.

So far, the only apps I've encountered that support multiple accounts are the Google app and YouTube. The Google app includes a setting for choosing which account will be attributed to search history when you make queries on Android TV.

YouTube's implementation is a little less fluid, but moving from one account to another actually makes a difference because each one includes its watch and search history, subscriptions, recommendations, and even YouTube Red status. To switch accounts, the current one must be signed out first, then a different one can be chosen from those on the device.

It's unfair to make any judgements at this early stage, but it's worth noting that no apps currently merge paid content from all signed-in accounts. In other words, it would be great if a whole family could install games or pick from movies and TV shows without switching accounts. There's still plenty of time for these things to be implemented before the final release, so we'll keep an eye out for it as new updates and developer previews are released.

Android Police Podcast Ep.200 - The N Is For Noodle