In case you missed the news, LG's Watch Urbane 2nd Edition has started popping up for pre-order after being abruptly cancelled late last year. That means Google can finally let the nearly year-old first-gen Watch Urbane die the death LG would probably prefer it died several months ago. Yes, the Urbane is no longer for sale on the Google Store. 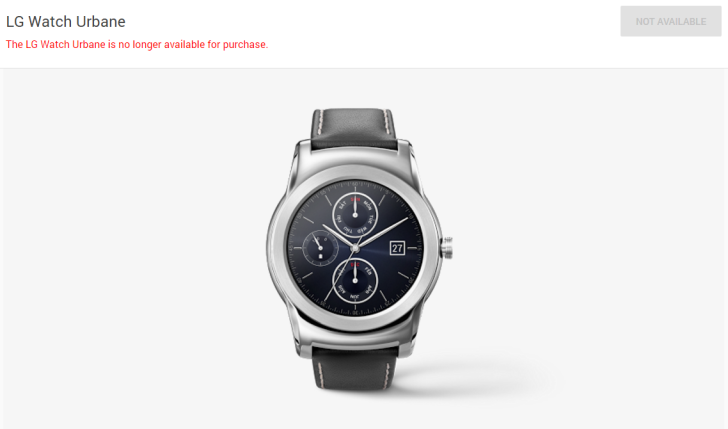 The Watch Urbane came out in April of last year at the lofty price of $350. That's the same price Google has been asking this whole time, although the watch had been on sale at various other retailers for much, much less. Removing the Urbane from the Google Store is largely symbolic—that's when we can really say this device has ended its run.

The 2nd gen Urbane has so far not appeared on the Google Store again. It's only available for pre-order at AT&T and Verizon for lots of money.

Verizon's Version Of The LG Watch Urbane 2 LTE Edition Is Up For Pre-Order For $500, Ships On ...