Super Mega Baseball is designed to be played in an old-school style, on the couch with multiple players. To that end the game is tuned with a surprisingly in-depth difficulty system: it allows for the challenge to be tuned for individual players, enabling an even and engaging fight. Multiplayer options include the standard 1 vs 1, plus 2 on 2 and even a co-op mode where two players can face off against the computer. (Players on the same team alternate between batters and runners on offense and pitchers and fielders on defense).

The game dispenses with the glitz of licensed teams, players, and stadiums, but in their place are fast controls, deep customization options, and tons and tons of semi-realistic statistics. RPG elements allow players and teams to be levelled by "hero" coaches and trainers. Super Mega Baseball has been highly praised on consoles and Steam, where it goes for the same $20 price without ads or in-app purchases.

To celebrate the launch of Super Mega Baseball on SHIELD, NVIDIA is hosting a first pitch event on its Twitch channel. Members of Streamer House will be playing live at 6 P.M. Pacific time on launch day (today), and those who tune in will be eligible for free game codes and even SHIELD hardware giveaways. 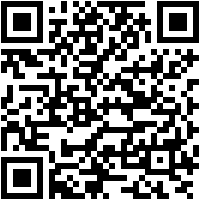