The device information holds some clues of what we can expect from future Google phones: the Nexus Space (codenamed nexus16) has a screen size of 3000 by 2000 pixels, with a density of 500 dpi. For those of you keeping count, that translates to a whopping screen size of 7.2 inches, meaning that the phablet of today will be the compact phone of tomorrow. 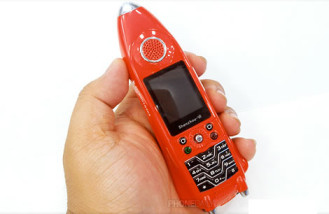 Artist's concept of the Nexus Space. This guy has really big hands.

Among other things, phones in 2029 will run on 128-bit processors and come with 128GB of RAM, which will certainly come in handy for split-screen and freeform window mode in Android N. Unfortunately, it looks like Google will run into some issues in rolling out the next version of Android: the Nexus Space is still stuck on Android 6.0, almost 14 years after its release. Google really needs to work on its OS update schedule.