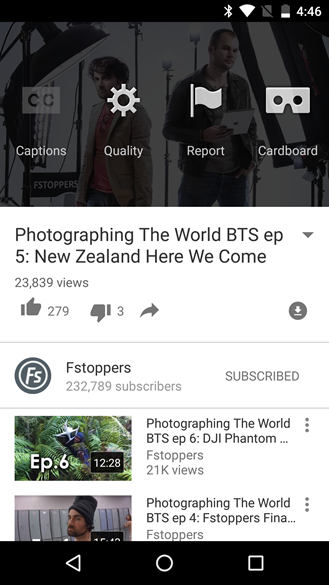 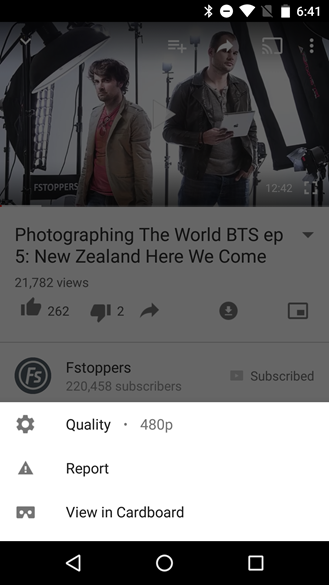 If you're still stuck with the old style, don't fret, you're not alone. There's no specific APK to download or any tricks to go through to get this new and massively improved interface, it's controlled by a server-side switch.

YouTube is running what's called an A/B test. It's a practice in marketing and product development that involves creating two (or more) similar versions of a product with (usually) minor differences and asking groups of random people to try them out. This sort of thing is usually done with focus groups, but some companies run these experiments in the wild.

We first started receiving reports about the menu about four or five months ago. Over the next couple of months, the same menu appeared on some of my own devices and those of other readers. Oddly, it only turned up on about half of my gadgets, but never the rest. The even weirder thing is that the new menu has since disappeared entirely from every device I own; meanwhile we've received dozens of tips from readers to say that they just started seeing it. – Many thanks to everybody who has sent in tips, we definitely appreciate it... but we're probably good with this one. ;-)

Hopefully this new menu rolls out officially to everybody in the near future, because I can say I much prefer it to the old style.

[Update: Winners] We Have 50 Codes For Join By Joaoapps To Give Away