Google is on a roll with the app-less updates this week. After trialing a new homescreen weather shortcut for a small amount of users a few days ago, users have been noticing that there is a new feature in Google Now to block any site from showing up in the 'Stories to read' section. Therefore, if you see a card you'd rather not see, it can now be banished and will go back to whence it came.

Blocking sites in Now has been around for a while, but only for select cards; namely the ones that specifically show up for sites you've visited before. As of the update, likely to be a server-side rollout, the blocking ability has been upgraded to apply to any card. The option is available both on cards which have a topic - 'Not interested in American politics,' for example - or just general stories Google thinks you might be interested in.

As it's a server-side rollout, this hasn't reached everybody yet. Among the Android Police team, Artem's not seeing it, while I am. It could be a regional rollout, as I'm in the UK and Artem's in the US, but it seems more likely that it's purely a slow server-side update. 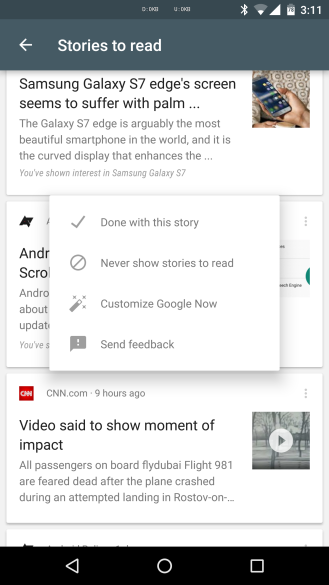 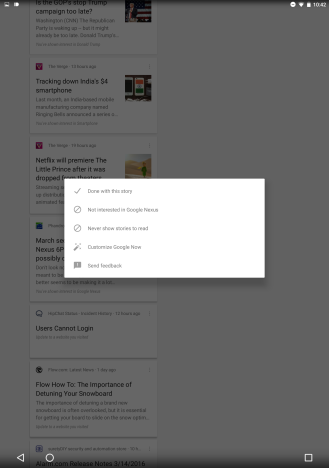 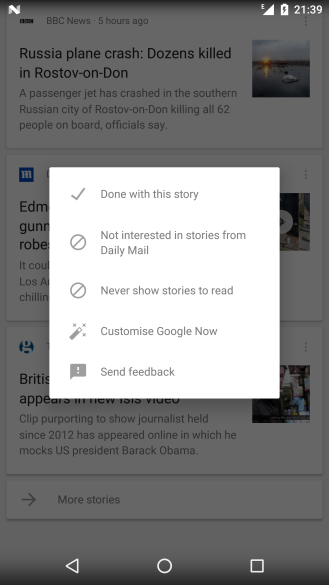 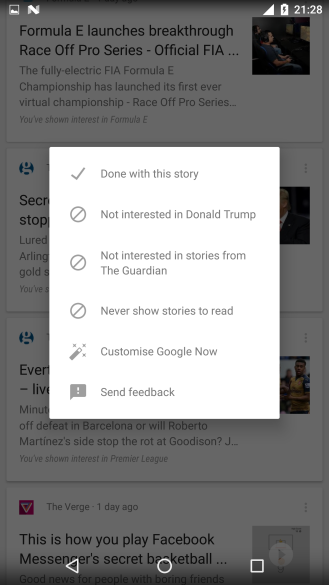 After: with a source-blocking ability

So, not an earth-shattering change, but something which will probably prove very useful for when a card appears with a site that just begs to be blocked. If you really want to be able to block a site in Now, maybe installing the latest Google app beta update will make it show up, although there's no guarantee; updating didn't work for Artem. Other than that, you may just have to wait.

Photos v1.16 Includes Hints Of A Burst Mode Manager, Comment Sections, And Something About ...

[Weekend Poll] Are You Considering Purchasing An LG G5?