The reason he quit isn't entirely clear, but it seems to have resulted from creative and philosophical coding differences with the main Kodi developers. Supposedly, Koying was stopped from adding platform-specific code to the app, as some team members thought them to be too 'hacky' for inclusion in the codebase, which started internal fighting between Koying and the other team members. In addition, those developers won't believe that an Android box, such as an Nvidia Shield TV, might be better than a Linux one. With SPMC, Koying can work on the app without any interference, which is what he did before Kodi came calling. He's just released a new version, 16.1.1, which in turn is based on Kodi 16.1. This version of SPMC adds a whole host of improvements, including Blu-Ray 3D ISO playback and HD Audio pass-through on select devices. As you can see, SPMC's still got some things to sort out; the Kodi logo is visible in the top left corner, for instance. 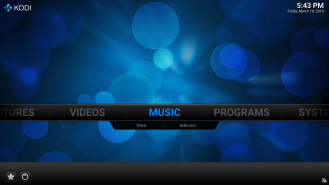 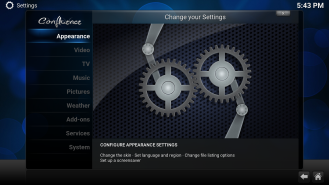 You can download the app on the Play Store, or at SPMC's site. Keep in mind that this listing is different from the old SPMC listing, which seems to have been abandoned. You can also access the source at GitHub, where Koying has uploaded it in full, in keeping with the open-source licenses Kodi uses.

In order for work to continue on Kodi's Android app, a new maintainer needs to be found before the v17 release; otherwise, progress will grind to a halt. It should be said that the project still has many issues, including audio and video sync, according to posts on the official Kodi forum. SPMC also has these issues currently, but with Koying more willing to implement the code that some deem as hacks, maybe there's hope that they could be resolved. Android N Feature Spotlight: Apps Can Now Include A Settings Link On The App Info Screen

[Deal Alert] BuyDig Is Selling The LG Watch Urbane On eBay For $169, New