Given the fast rate at which WhatsApp betas are rolling lately, we keep getting frequent tips about certain small changes to the app that have occurred over one of the many revisions but that we can't pinpoint to a specific version of the app (unless we go ahead and install and test each version, but ain't nobody got time for that!!!). So here we are today with a list of changes that have been implemented at some point during the past week or two and that are all available in version 2.12.535 of the app.

First, you can now format text inside WhatsApp messages as bold or italics. Just put the bold text *between asterisks* and the italics _between underscores_ and you should see the formatting on your device. This is the same formatting used by Google+ by the way. Whether the recipient sees it depends on which version of the app they're running (2.12.510 can't, but 2.12.535 can). We tried to trigger strikethrough with the text -between dashes- but that didn't work, and other symbols don't seem to cause any other formatting changes. Update: Strikethrough was added in version 2.12.560 with the ~tilde~ symbol. 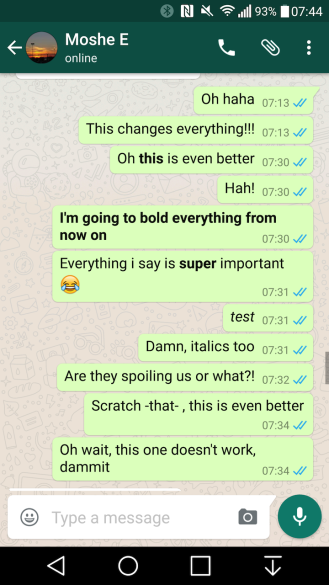 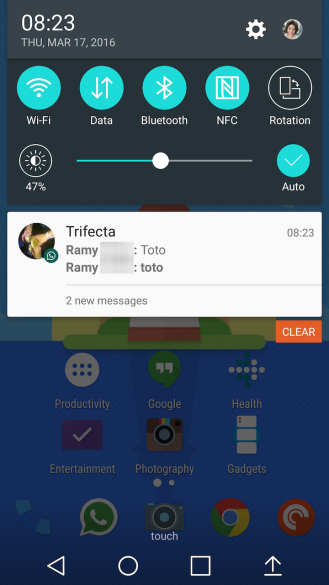 Talking of formatting changes, notifications now show the name of the sender in bold. That's much easier to read when you're trying to parse different messages and see who's talking to you before opening the app. The notification also seems to handle the same formatting that's displayed in chats — as you can see in the screenshot above, the second "toto" is shown in bold.

Second, there are some improvements to the document sending feature, which was introduced a couple of weeks ago. When attaching a document, a Browse other docs... option showed up recently(ish), that allows you to browse your Google Drive and Microsoft OneDrive accounts. It opens up Android's built-in system file picker and lets you choose PDFs from your online storage, but also Docs and Sheets from Google Drive. However, those are converted to PDFs before being sent, so the functionality is still limited. I haven't tested OneDrive yet, but I noticed that you can't send .doc .docx .xls or .xlsx files that you have on Google Drive, just Docs and Sheets (and presumably Slideshow) files. 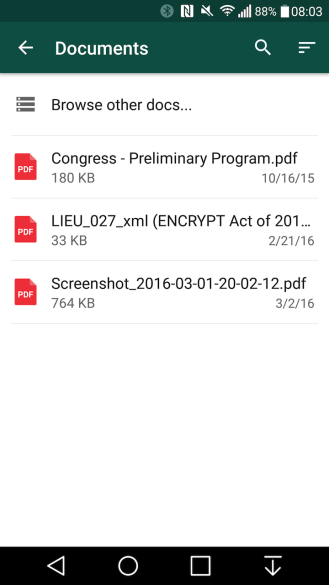 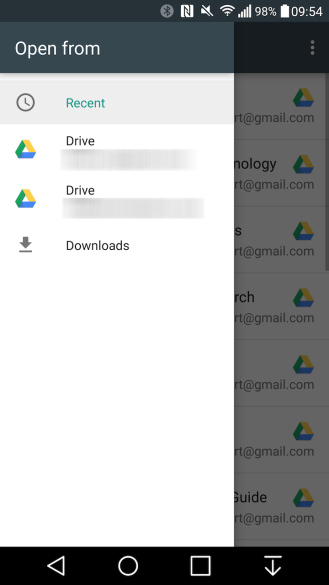 The third change is a small but significant improvement to the way local backups are handled. Previously, whenever the scheduled backup started, you got a pop-up that blocked the entire app, leaving you with nothing but the option to wait until it was over. No progress bar, no percentage, no time remaining. That was annoying if you were in the middle of a conversation as the other person would think you fell asleep or stopped answering. Now the pop-up still blocks everything but it displays progress percentage, which means that you have a clearer idea of how much more you'll have to wait before the app is usable again.

Some of these changes might be available on slightly older versions of WhatsApp, but if you want them all, you'll need 2.12.535 which you can grab from APK Mirror or by joining the official Play Store beta program.

Google Is Testing A New Weather Homescreen Shortcut, But Not Everyone's Seeing It