I'm a huge fan of what JBL has been doing in the portable speaker scene here lately — the Xtreme ($299), Charge 2+ ($139), and Flip 3 ($99) are all absolutely incredible at their respective price points. There's no doubt in my mind that JBL is at the top of the Bluetooth speaker game right now.

Knowing what the company has done with speakers, I was all over it when they reached out about the new Everest Elite 700 over-the-ear headphones ($300). I really just wanted to see if the Bluetooth headphone situation was on the same level as the speakers.

I can't say I was as blown away as I hoped I'd be with the Everest Elite 700, especially considering these are at the top of the Everest series. But hey, what do I know — they're clearly good enough for the reigning NBA MVP, Stephen Curry. Right? 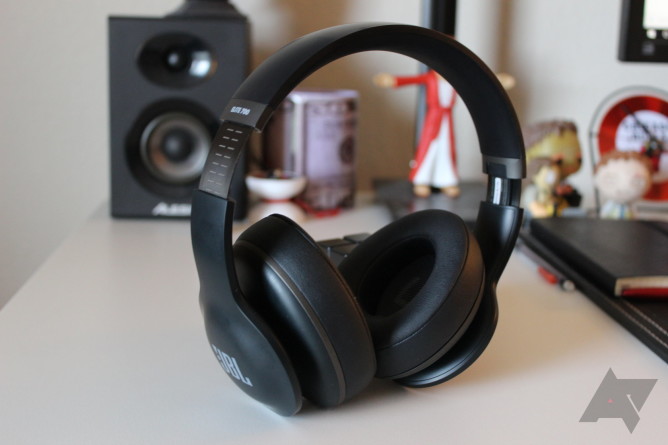 Most of the time, I don't really like headphones. I find them bulky and uncomfortable. Call me vein, but since I'm a headshaver they just look huge and goofy on me. I also find that most of them squeeze the ever-loving shit out of my head and fill me with a horrible rage.

The Everest Elite 700s aren't so bad on the last part — they're snug, but not in a rage-inducing, I'm-going-to-kill-a-cat sort of way. It's more of a "heh, this is slightly uncomfortable after wearing it for four and half hours" kind of thing. I guess this could be because of the "around the ear" design instead of the "on the ear"style. This way, it doesn't try to glue your ears to your head, which is nice.

They do look huge on my bald head though. Thus is life, I suppose.

But really, they're OK. Not the most uncomfortable headphones I've ever worn, and hopefully on a long enough timeline they'll "stretch" out a bit and get even more comfortable.

Now that we have that part of the way, let's talk about the stuff they can do. JBL kept it simple on the Everest Elite 700s, as they only have five buttons: power, volume up, volume down, play/pause/answer/etc., and a "smart" button that can be manually set by the user to either activate ambient aware or noise cancelling…but not both. Just one or the other. These settings are controlled through the JBL Headphones app, but we'll get to that in a minute. There's also an option to use the Everest Elite 700s with a wired connection, should you just not want to use Bluetooth for some reason.

So about the ambient aware thing…it's kind of OK. Basically it activates the mic on the headphones so users can better hear their surroundings. In my experience it's only really useful when music isn't playing — once there's any sort of reasonable volume coming through the headphones, it's still almost impossible to hear what's going on around you. I know that I'm probably in the minority here, but that drives me a little bit insane — I generally prefer to hear what's happening in my surroundings. I guess it's because I hate being unaware of what's happening in the general vicinity, and I hate being startled even more.

The other thing worth noting about ambient aware is that it requires noise cancelling to be on before it'll work (when you activate ambient aware, it'll automatically enable noise cancellation too). I guess this is so there's a least a better music experience once the mic is enabled. Speaking of, ambient aware dramatically changes the way music sounds, both in volume and dynamics. It immediately gets quieter, and also less mid-rangey. For me, this was perfect, because I just don't like mids. I actually preferred the way it sounded with ambient aware on, regardless of how the EQ was tweaked. Like with most other things that are subjective, your mileage may vary and all that jazz. 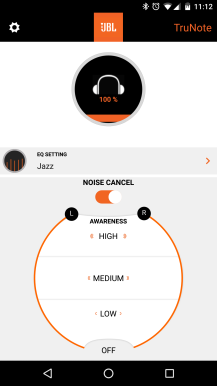 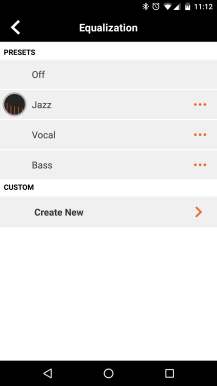 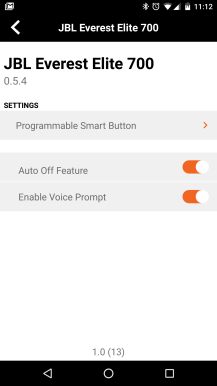 Then there's the app, which is objectively bad. First off, if you don't launch the app before connecting the headphones, it has a hard time finding them. Sometimes it will, but most of the time it just has a splash screen that reads, "Please connect headphones." There's no way to forcefully enter the app or otherwise make it see the headphones. The last time I tried to launch it, I had to close and re-open it like five times before it found the headphones even though they were connected the entire time. So dumb.

Once in the app, though, it's pretty simple. It displays the headphones' current battery status, has EQ options (Jazz, Bass, Voice, None), and lets users set the level of ambient aware. While the app itself offers preset options for low, medium, and high levels, it also allows users to specify the levels anywhere in between. Each ear can also be set independently, which is pretty neat. It's also worth noting that regardless of how the app is set, the smart button can only toggle between low and high ambient aware settings.

Speaking of, the so-called "smart" button's options can be set within the app. It's pretty simple: ambient aware or noise cancelling. Not both, nor neither. Nothing in between. No other choice. Maybe more options will come to the Everest Elite 700s through firmware and app updates, but I wouldn't count on it. It is what it is.

Otherwise, you can toggle the auto-off feature, which will turn the headphones off after a period of inactivity, as well as the voice prompt setting.

I'll be honest here: I don't have a real benchmark for what a great set of Bluetooth headphones should sound like. I've reviewed a ton of different Bluetooth earbuds, but that's not the same. I also have a couple of sets of awesome wired headphones, but again, not the same thing.

With that said, I don't think these are the headphones that will set that benchmark for me. Don't get me wrong — they sound good. Not great, but good. There's enough low-end to get by, but it's nothing to write home about. The mids are nicely balanced in the mix, and they have enough treble to keep the audio from being "muddy." But still, somehow, they just sound sort of…dull? They're almost lifeless. Everything is delivered in a nice, crisp package that is easy to listen to, but they lack any sort of personality. They're not terrible by any standard — they just kind of are.

They respond moderately well to software equalizers, like the one built-in to Play Music. The EQ in the JBL Headphones app, however, does basically almost nearly nothing. I might hear a slight change using the different options, but it's really not worth using. If you're looking to tweak your tunes through software, you're better off just sticking with the built-in option your music player of choice has, assuming it has one at all. 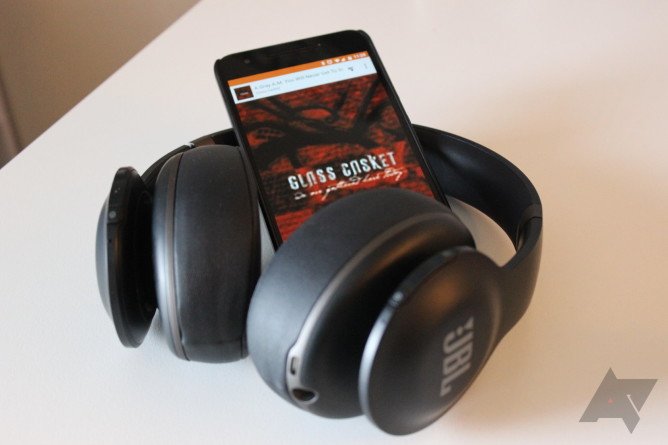 Overall, I like the Everest Elite 700s from JBL. I don't love them, but I do like them. The real question is whether or not they're worth the $300 asking price, to which I simply answer: maybe. I have headphones that cost more and sound better, and I also have headphones that cost less and sound worse. So for what they're priced at, I think they sit firmly in the middle of the pack in terms of sound quality. Throw in the fact that they're Bluetooth and they cost less than many of the more attractive wired headphones, the value instantly goes up.

So if you're looking for a good set of wireless headphones that won't break the bank, these are definitely a good pair to take a look at.

Galaxy S7 And S7 edge Review: An Iteration, But One Samsung Can Be Proud Of