While my initial impressions of Creative Labs as a speaker company weren't so great, the company made me a believer in the Roar brand with the first speaker to carry the namesake. After the Roar 2 came out and once again impressed, I knew this would be one to keep an eye on moving forward. So when the iRoar ($370) was announced — the self-proclaimed "most intelligent speaker on the planet — I knew I had to check it out.

Is it better than its successors? Without a doubt. It's sleeker and smarter, but most importantly: it sounds better. 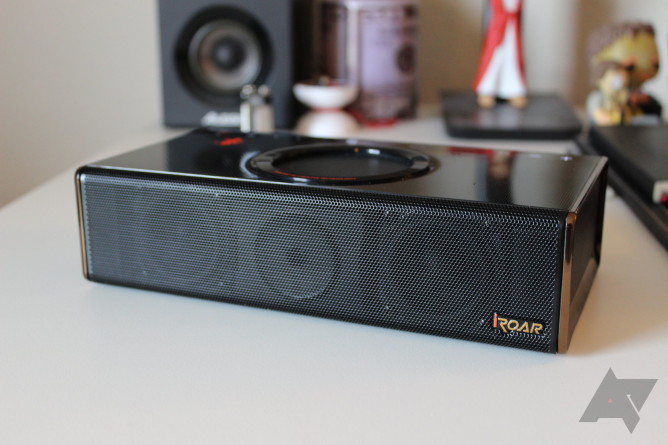 From a design standpoint, the iRoar uses a lot of the same design language that is seen in the other speakers from the Roar family. Basically, it's an understated rectangular speaker that's made to look good, but otherwise just get out of the way and do what it does.

The speaker layout is identical to last year's model, with passive radiators on either side, two high-frequency drivers in the front, and an active drive on top. While this does make the speaker more directional than some others we've seen in the past, it does a pretty solid job of filling a room with sound, regardless of where it's placed — you just have to make sure to sit it on the bottom, otherwise some of the speakers will most likely be covered.

As you can see, the iRoar has things going for it that aren't all that common on most Bluetooth speakers, like optical audio-in, for example. But that's not all that makes this one unique either — the top of the speaker is where things get really interesting.

At first blush, it looks pretty simple: there's a power button. What you don't see, however, are the hidden capacitive keys that activate dynamically according to how the speaker is being used and where the audio is coming from. For example, when connected to a phone and playing music, back, forward, and play/pause buttons are visible. If a call comes in, the play/pause button will automatically be disabled, and a microphone mute button will appear next to the "call end" button. If a microSD card is present, the speaker will show a record button, but that is disabled if it can't find a card. There's also a small cluster (man, I love that word) of LEDs near the power button that display what's currently playing — Bluetooth, microSD, etc. It's all pretty neat, even if a little overly "fancy." I still like it. 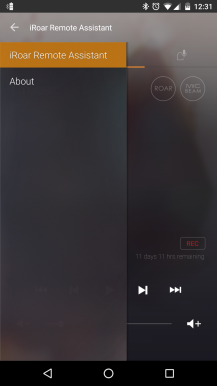 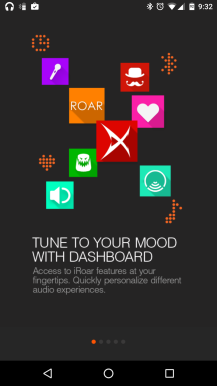 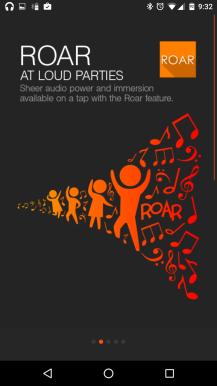 But that's not all! The iRoar also has a couple of companion apps: the iRoar Dashboard and Remote Assistant. These are both pretty straightforward: Remote Assistant allows the speaker to be controlled wirelessly from a smartphone, with options to switch between Bluetooth audio, SD card audio, and recordings (if applicable). Roar mode and Mic beam (voice focus for recordings and calls) can also be toggled from this app.

The iRoar Dashboard does some of the same things, but it also allows the audio experience to be fine-tuned, with a few pre-set modes: BlasterX, Live Concert, Audiophile Bliss, Game On, Sonic Bass, and Cinemania. As the names suggest, each mode is designed to cover a specific use. They're all basically OK, and aren't that dramatic of a difference between them. I personally like the Game On setting the most — BlasterX and Sonic Bass both sounded muffled to my ears (too much bass, not enough treble). Audiophile Bliss is basically just kind of OK and flat, and Cinemania is just too mid-heavy for my taste. Live Concert is sort of weak sounding — lots of mid and treble, not much bass. Game On has a nice treble boost and mid scoop, with enough bass to keep everything bumpin'. God I'm so hip.

Each setting can also be customized to your own liking. But you can make your tunes sound how you want without ever cracking open the iRoar Dashboard. It does, however, have one trick up its sleeve that basically makes it a necessity for anyone who buys the iRoar: speaker add-ons. Creative calls the iRoar the "most intelligent speaker on the planet," and the add-ons are a big part of that. Basically, these are apps designed specifically for the speaker. There are a bunch to choose from right out of the gate, with an SDK available for developers to take advantage of. Here's what you've got from the start, though:

OK, so here's the thing — there are a bunch of apps available. But guess what? It only allows you to install eight. After that it prompts you to remove one before installing another, even if there's an SD card in the speaker. That makes no sense to me — it requires an SD card to use add-ons, but then only lets you install eight apps? That's dumb. So dumb.

You know what else is dumb? That each add-on is only designated by a pretty ambiguous icon in the app. They're just little symbols, and unless you memorize them all, you'll have to tap each one in order to figure out what it does. I understand why they did this, though: the apps can also be launched directly from the speaker, and the icon on the phone shows up on the speaker's LED cluster. Yeah, that's pretty sweet.

There's a small six-dot icon that's pretty reminiscent of Android's app tray — tapping that cycles through the options, then hitting "play" launches the add-on. Of course, some of them are useless without using the phone app, too — like the alarm clock, for example.

OK, that's all well and good, but how does it sound? You know, it sounds pretty good. But if you're looking for a speaker that is just a speaker, there are probably better options for less money — like the JBL Xtreme, for example. Not saying the iRoar sounds bad, because that's definitely not the case here. I'm just saying that a huge part of the value here are the bells and whistles offered by the iRoar. As a speaker, it's good. Just not $370 worth of good. As a "platform," it's much more valuable.

With that out of the way, let's focus exclusively on the sound for a bit. While I get that the iRoar Dashboard's audio effects (read: EQ) is valuable, I like to do audio reviews without any soft EQ whatsoever — the presets I normally use in Google Play music are disabled, as are any other add-ons. In the case of the iRoar, things are a little different since the Dashboard tweaks the software EQ and there's no way to disable it completely.

When it comes to raw audio, though, the iRoar is a beast. It sounds bigger than its small footprint suggests it will, which is essentially what Roar mode is for — it raises the volume and overall fullness, so it still sounds massive at low volume. I dig. I've already talked about the bass, mid, and treble balance in the above section, so I'm not going to say a whole lot about that. Just know that it responds very well to software EQs, so you can really fine-tune the listening experience to exactly what you want. It's solid. And as far as volume is concerned, the iRoar can hang in there with the best of 'em.

But then there's the big question: how does it compare to other speakers? I'll be honest with you guys (because when am I not?) — I still like the JBL Xtreme better. A lot better. I swear that speaker is just unbeatable when it comes to sound quality. It's $80 less than the iRoar, but it also doesn't have the software experience backing it, either. There are no add-ons or other software tweaks. If you're looking for a speaker just based on sound, get the Xtreme. If you're into it for the experience and you like the bells and whistles, you won't be disappointed with the iRoar. 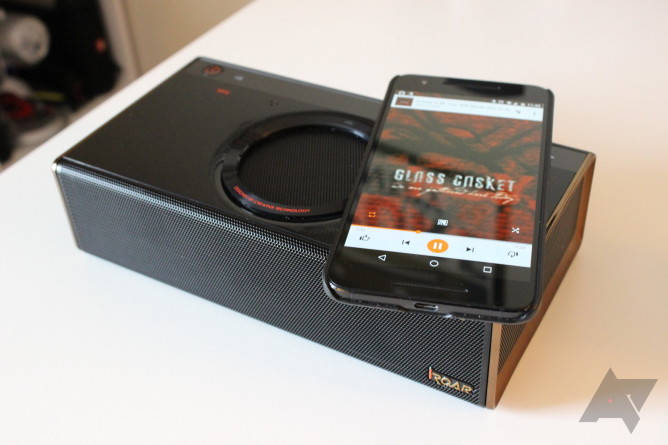 I figure at this point you know where I stand on the iRoar — it's a great little speaker, full of all sorts of neat features. It sounds good, fits into any decor, and is pretty much a little beast. I don't know if it stands up to Creative's claim of being the "most intelligent speaker on the planet," but I also don't have a lot of comparisons here — I've never used another "smart speaker" of this magnitude. So I guess in that regard, it is the most intelligent.

The question is: is that enough to sell you on a nearly-$400 speaker? I'm not so sure. I mean, there are a lot of cool features here, but so much of it is just fluff. The alarm clock is useful enough, but you probably already have one of those. The sleep timer is cool if you go to bed with music. But that's really kind of it — there's a lot of "stuff" here that most people aren't going to use unless they force themselves to. It doesn't feel natural to start using a Bluetooth speaker for all this extra junk.

Ultimately, I don't dislike the iRoar. I think it's a great idea with a lot of innovative features, though many of them are just solutions to problems that don't exist in the first place. But how much do I like it?

Google+ Web Preview Now Lets You Reorder Images With Drag And Drop, Plus Search For Posts ...