Samsung has added a new app to the Play Store, but it's not entirely new. This is a beta version of Samsung's music app, which it will apparently be updating via the Play Store from here on out. The only compatible devices we're seeing right now are Samsung phones running Marshmallow, but we've got the APK if you want to install it on another device. No promises it will work, though.

The app is a rather straightforward music player with Samsung's usual design aesthetic. It hides the status bar, because that's Samsung's thing these days. The tabs across the top give you access to your music library in various ways including by track, album, artist, and folders. In typical Samsung fashion, the new music app supports device discovery via DLNA, but not Chromecast streaming.

This app is only for local music that you have saved on the device, but it supports just about any file including lossless FLAC audio. Samsung's changelog for this release simply says this it's a beta, so I suppose there will be updates incoming soon, but it'll probably remain only for Android 6.0 devices. The app is also available on APK Mirror. 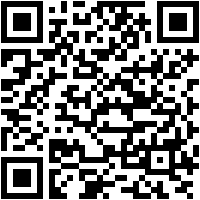