Uber became a massive company by giving people rides, but now it wants to give your dinner a ride. After testing the UberEATS service in the main Uber app for a few months, the Android version of UberEATS is now in the Play Store. It's only available in a few cities right now, but the residents of those cities are not very happy with the service, judging by the early reviews.

The premise of UberEATS is that users will be able to order food from restaurants in their area that usually would not deliver. It's not a new idea, but Uber already has a fleet of drivers out there, ready to deliver food in between picking people up. The service is available right now in Chicago, Houston, Los Angeles, San Francisco, and Toronto. More cities are coming soon. 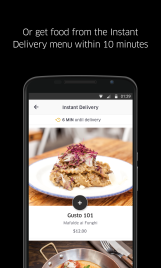 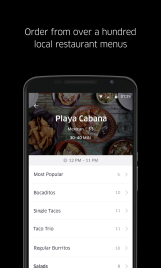 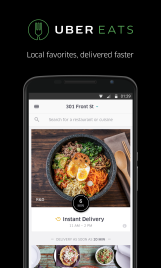 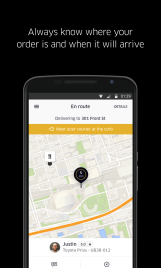 The app lets you place orders at supported restaurants, or get "instant deliveries" from a list of featured items. It offers estimated delivery times, but many of the complaints in the Play Store focus on massively delayed orders. Inaccurate open hours and general app bugs are also a theme. The courageous among you can still give it a shot.