Earlier today, Google let us know that a tab for ride sharing would soon find a prominent place in the route planning screen. It looks like Maps v9.22 is responsible for bringing that feature... Sorta. Google is doing a staged rollout of the ride sharing tab with a server-side switch, so you may or may not see it after updating to the latest version. But don't fret, there are plenty of cool little tweaks and improvements in this update, so keep reading. 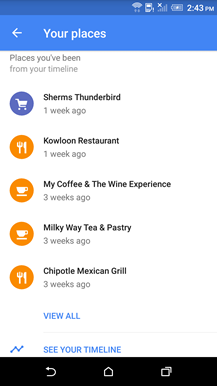 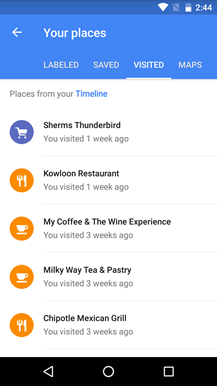 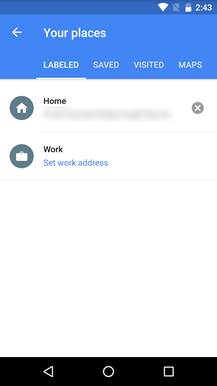 The Your Places screen has always felt a bit messy, largely because it was just a single scrollable dumping ground for all of the different types of locations you might have recorded in some form or another. It contained your home and workplace, saved locations, places you've visited, and even custom maps from the My Maps app.

Great news: the unwieldy list has been traded in for a viewpager with each of the little groups broken into separate pages. You can tap the headers or swipe across the content to move between pages, and just about everything should fit on a screen without much scrolling. There aren't any new groups or changes to the content, just the layout; but that's all this screen really needed, so it's more than welcome.

It's worth noting that the Edit home or work option in Settings leads straight to this screen now, instead of a separate dedicated screen.

Custom icons for Home and Work 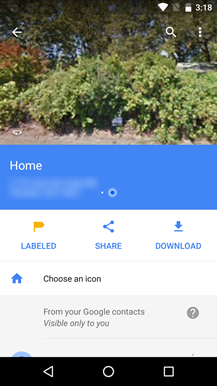 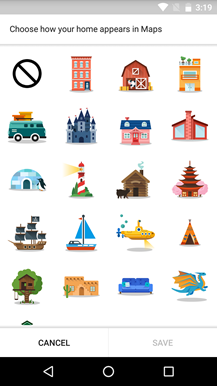 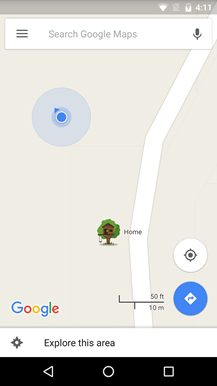 Speaking of home and work, you can now set custom icons to make them stand out. Making changes is as simple as finding your home location and looking for the new Choose an icon button. Tapping on it pulls up a list of included icons to choose from. After picking the one you like, it will show up on the map overview.

The icon actually seems a bit buggy still, or at least it has been for me. It seems to appear after freshly opening maps, then disappears after a few seconds. Judging by some strings I saw during the teardown, I think it's also supposed to show up in search results, but that doesn't appear to be happening.

This seems like it will be a useful addition, especially for somebody just moving to a new city. It can give some visual cues to easily figure out where things are in relation to known landmarks (e.g. Home and Work).

It doesn't add any new information, but Google just put up a blog post to feature the new Home and Work icons. 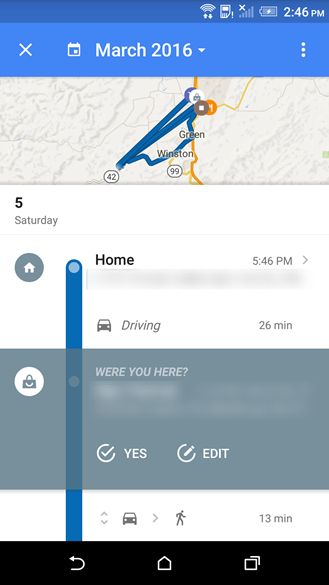 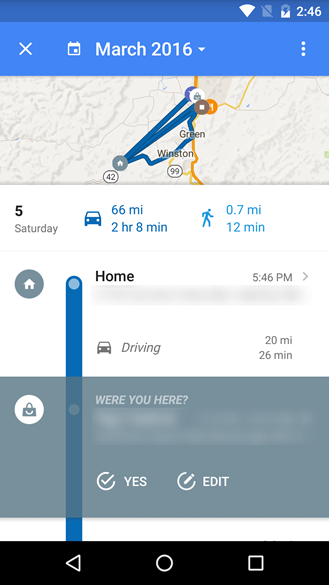 Some adjustments also made it into the Timeline, as well. If you peek around the latest version, you're sure to see some new bits of information scattered throughout this screen. Next to the date are new counters to indicate the distance and amount of time you've spent in various modes of transportation during that 24-hour period. You might find it interesting (or disheartening) to discover just how much (or little) you've walked or driven in a single day.

Each segment of the daily breakdown already had the amount of time you spent in transit, but now it also includes the distance travelled. Keep in mind, these times and distances only account for actual changes in location. Pacing back and forth while you wait for a ride isn't going to show up on the list, that's what Google Fit is for. 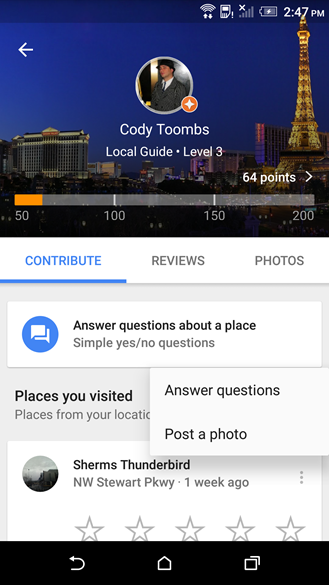 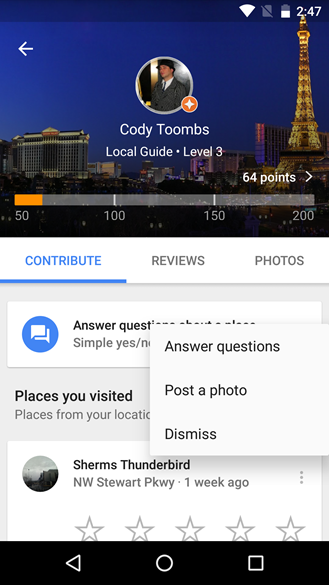 As you spend more time in the Local Guide program, it gets easier to notice certain locations seem to pile up toward the top of the contribution list awaiting a rating or review. This is probably much worse if you live in a small town and feel a little uneasy about leaving too many reviews on local establishments–one negative comment about the pasta plate could lead to questionable food for years. If there's a spot on your list that's never going to get your attention, hit the overflow menu and look for the brand new Dismiss option. As you probably assume, it clears the location from the list so you don't have to keep looking at it. 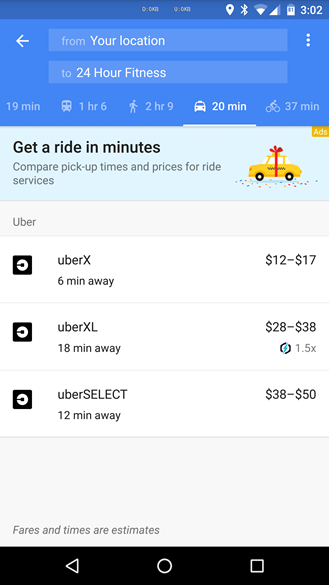 It was mentioned earlier, but let's not forget the ride sharing tab Google is slipping into the route planning screen. There's not much to say that our first post didn't already cover, but this feature gives a list of some of the nearest ride sharing options as an alternative to driving or hoofing it across town on your own two feet.

Again, this is only live for a small-ish percentage of users, so if you haven't received the blessed bit switch from Google, just keep hanging on and it should happen in the next few days.