If there's one area where Android mobile hotspot tethering has been lacking over the years, it's been in the inability to share your phone's Wi-Fi connection with other devices. Samsung has apparently realized this as well, and has included a nifty little feature on the Galaxy S7 and S7 Edge which allows you to do just that.

While the idea of re-broadcasting a Wi-Fi connection might seem pointless to some, there are actually some really good use cases for it, the most common and useful of which would probably be in hotels. These days, a lot of establishments may offer free Wi-Fi, but there are frequently paid tiers as well which give you much faster speed. The problem is, you have to pay per device. With this feature, you could pay once on your phone, then re-transmit that Wi-Fi connection under a different SSID, connect your other devices to that, and enjoy the paid tier speeds on your tablet, laptop, etc. while saving yourself a pile of cash in the process.

Features like this are always a good thing for the user, but apparently one US carrier disagrees. Go on, I'll give you one guess as to which one I'm talking about. 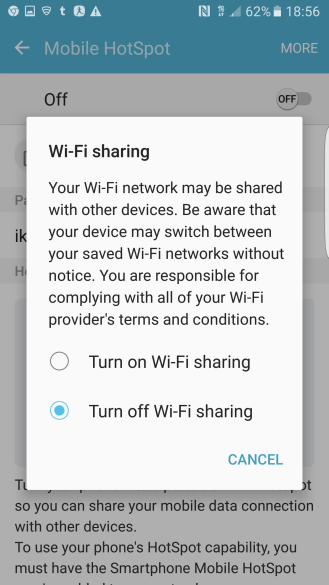 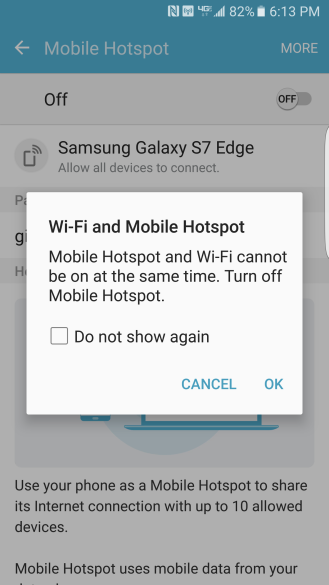 T-Mobile SM-G935T (left) and Verizon SM-G935V (right). As you can see, the Verizon variant will not allow you to have Wi-Fi and mobile hotspot on at the same time, thereby effectively removing the Wi-Fi sharing feature from the phone. 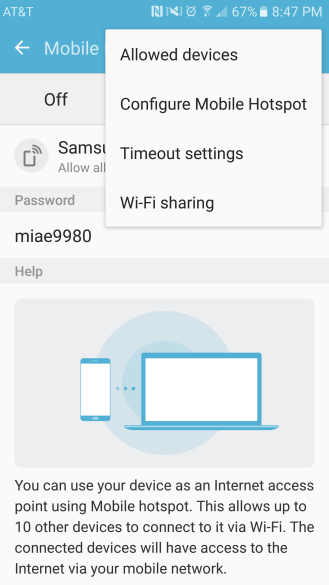 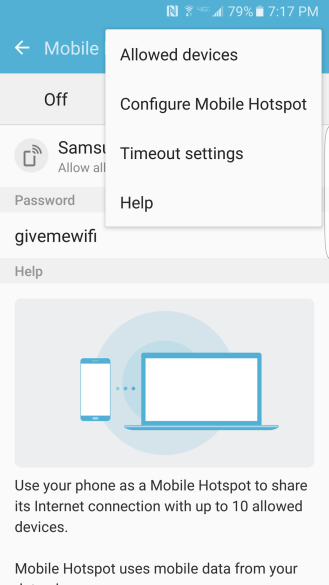 AT&T SM-G930A (left) and Verizon SM-G935V (right). As you can clearly see, the option for Wi-Fi sharing does not exist on the Verizon variant.

Why did Big Red have Wi-Fi sharing removed from its model? No one knows, and I'd say the closest we'll ever get to an official explanation is "because Verizon." With that said, we've reached out to the carrier for a comment, and will update this post if we get a response.

For US customers, this shouldn't come as a total shock. Carriers have been adding and removing features from phones for years. Though this trend has gotten better over the past few years, situations like this are still very disappointing.

Mozilla Releases Firefox for Android Beta v46 With The Ability To Display Cached Webpages While ...