Telegram's Supergroups were introduced back in November to let group admins bump up the member limit of regular groups from just 200 users to 1000. Surely, there's no way anyone would ever need to make a group larger than that, right? Wrong — at least according to Telegram's developers: version 3.7 now supports groups up to a whopping 5000 members. "That's 5 times as good," and it's hard to argue with that logic.

Telegram 3.7 also brings a few other nifty features to Supergroups, including pinned messages that show at the top of the screen, public links so that anyone can join or anonymously browse a Supergroup (trust me, there's no reason why you'd want to join Telegram's public test group), and a handful of tools for group admins like blocking users or deleting messages. 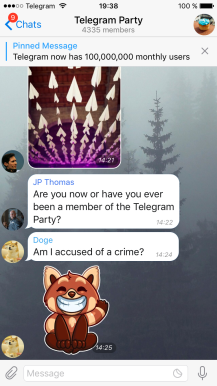 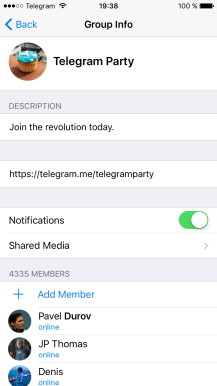 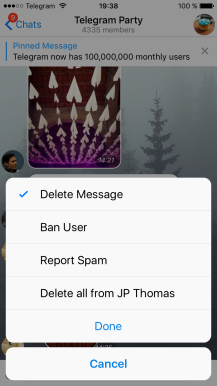 Previously, only groups that had reached the regular limit of 200 members could be upgraded to a supergroup, but now admins can choose to convert their group to a supergroup whenever they like. Due to spam concerns, public groups are being rolled out gradually: they're already live in Europe and America, but aren't yet available in some countries across Asia.