Ever looked at your smartwatch and wished there were real LEDs inside that lit up and turned off to tell you the time? Ever checked all those Android Wear watchfaces and wanted them to feel a little more vibrant and a little less dull? Well, here you go, you'll love Real LED Watchface.

The watchface's interface is based on 3D renders of LEDs and the developer says it achieves "photorealistic light, reflections, and shadows." I've been using it for half an hour and I tend to agree: it looks quite real and just as good as the screenshots. Aside from the lights, the face is very straightforward: the big LED is for the hours, the small one is for the minutes, and the super small LEDs in the center light up with the seconds. You can customize the color of each one separately through the Android Wear app with 7 different options: blue, red, green, yellow, orange, pink, and cyan. Go for blue, blue, and red for an Android Police-approved look like in the image above.

The center of the face shows the battery status of the watch and you can set a full-color ambient mode or a less battery-draining circles-only mode. There isn't anything else to the watch face, but I kind of like it that way. I wouldn't mind the option to set the date in the center instead of battery status though, and maybe a full color picker. Real LED Watchface costs about $1.68 and is compatible with all Android Wear watches, although it'll show grey borders on square watches and the bottom minute LEDs won't be visible on watches with flat tires. So it'll look best on fully round watches like the LG Watch Urbane and Huawei Watch. 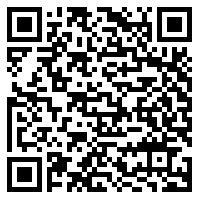