You know what I hate? Being at the airport or a café and trying to watch a few YouTube videos to pass the time only to be hit with a buffering animation and interminable amounts of waiting. Well, it doesn't really bother me now, because I haven't had time to travel or go chill in a café in years (you do realize I work two full-time jobs, simultaneously?!), but I suppose it would if I was the kind of person who did that. I'm just very sympathetic to everyone who's tried it and I have very good news for them: YouTube is about to make you wait less and watch more.

There's a new pilot program for YouTube Accelerator, only in certain locations in the Philippines, which aims to solve the problem of streaming and buffering video — and lessen the load on shared Wi-Fi networks while at it. Accelerator works by caching popular videos, over 100000 of them, and storing them locally on the hotspot so that whenever a user tries watching them, they'd only stream locally. That reduces the waiting and buffering times, which is crucial when lots of users are on the same shared network and trying to fight boredom with some videos.

Accelerated videos are marked with the logo you see above and currently work in the web and on the latest Youtube Android app (not on iOS yet). Users have to be on the correct Wi-Fi network and they'll be able to filter YouTube's search results to only show accelerated videos. Accelerator's page says this is using full HTTPS streaming and end-to-end security so you don't have to worry about being on a public Wi-Fi hotspot. I'm not sure though that this means that the whole network is safe, but just the YouTube streaming part, so you should apply the same caution when browsing other sites or using other apps on the network. 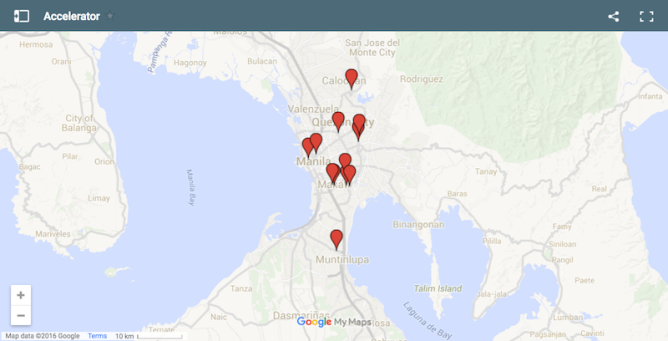 You can check the Q&A and detailed locations on Accelerator's page and contact the team if you're interested in expanding this feature to your network and country. And while you're at it, make sure you zoom out on the map and see everything quadrupled.

Mozilla Releases Firefox for Android Beta v46 With The Ability To Display Cached Webpages While ...

Real LED Watchface Lights Up Your Wrist And Looks Amazing