Android N introduced two major changes in the way notifications are handled in the tray. On Marshmallow and prior, notifications from the same app were grouped into a single one and you couldn't take individual actions on them separately. You also couldn't directly reply to messages and other communications from the notification shade. Hangouts had circumvented the latter with the addition of Quick Reply in version 7, but it was just a temporary bandage to the problem. Now that Android N has rolled with both problems fixed, Hangouts 8 is ready to make use of these new built-in features.

If you're running N, notifications are bundled on Hangouts 7 and splitting them would work, but the Reply button was only active on the bottommost item and it would only open Hangouts' own quick reply overlay. 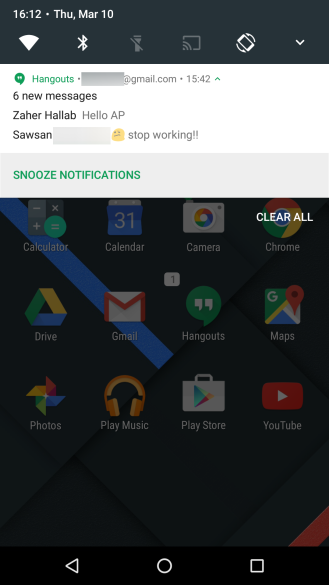 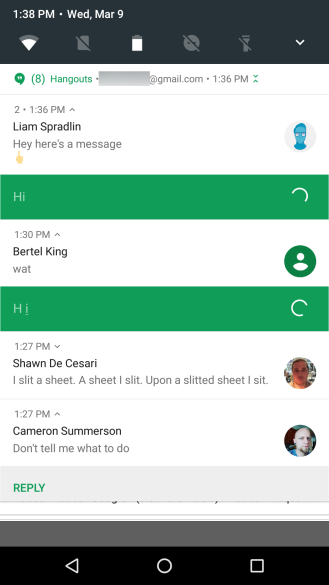 When you update to Hangouts 8, both issues are completely solved. Unbundling works reliably and actions are possible on all individual notifications, not just the bottom one. Direct Reply is also working inside the notification. 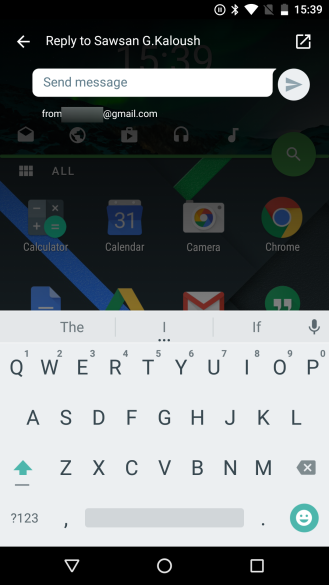 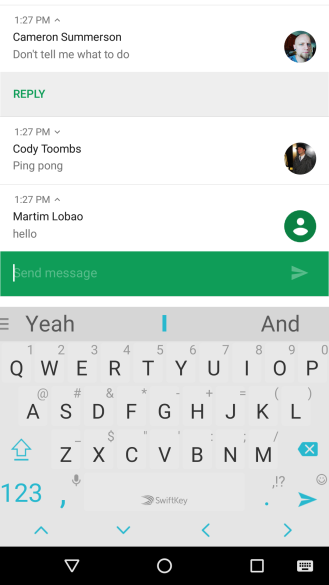 It's worth noting though that I've been trying this for about an hour and I can't seem to get it to work on my Nexus 5X with Android N and Hangouts 8. Notifications still show up as one bundle and nothing I do splits them up. I only see the drop down arrow next to the notification, not the expandable <> arrows. I am, however, able to send direct replies when there are notifications from one conversation only. I'm going to keep testing this, but for now, I'm not sure what exactly is stopping the unbundling from working for me and I also can't tell if it's a widespread issue or just on my device.

Another change, spotted by our reader @gumbald: images now have rounded corners (don't worry, if you save them locally, the corners are alive and well): 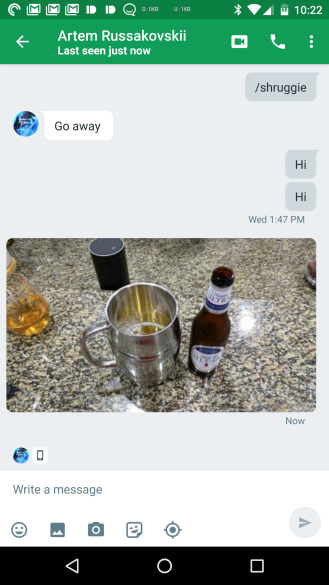 This is a pretty important change for N users, but if you're on Marshmallow or below, it doesn't seem like you'll get any other benefits from version 8.0 of Hangouts. We'll keep looking for other changes to the app, but for now, it seems that the 7 to 8 major version jump doesn't have any other hidden features. Please let us know if you spot something else. And if you can't wait for Hangouts 8.0 to roll out to your device, you can grab it on APK Mirror.