Most of the monthly Nexus updates are security patches, but Google is pushing out an OTA to the Nexus 5X right now that's actually got some substance to it. While other phones are just getting the March security update, the Nexus 5X is receiving a raft of bug fixes and tweaks in the update too.

According to a Googler on Reddit, the high points of the 5X update are as follows.

It looks like Google made some tweaks to the kernel to improve performance. That weird do not disturb bug where the "next alarm" option would disappear each month has been fixed too. In the developer settings is an interesting new toggle for cool color temperature. The Nexus 6P has an sRGB toggle in the same area (and has since launch). The Nexus 5X screen is a little warm by default, and this option takes care of it. 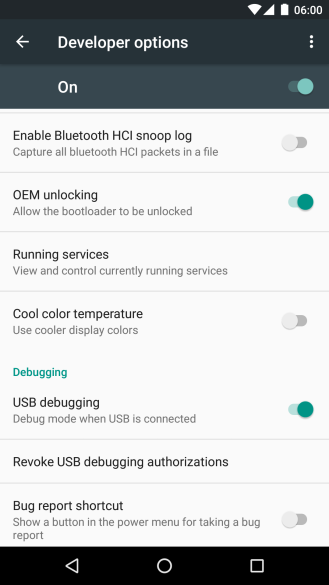 The updated images are on the Nexus dev site if you want to install now. An OTA is rolling out too.

Here's the OTA zip so you can sideload manually.