Looking to turn your Android device into a media center? If you plan on streaming everything over the Internet, there's Plex. If not, there's Kodi, the open source project formerly known as XBMC.

Kodi has looked the same since before its name change, sporting a theme it's had back when Android only dreamed of making its way into millions of households. There were other looks to pick from, but it's the default that sticks in our heads as the Kodi experience. And it's the default that the development team plans to change.

There are two new default themes in the works. One, Estuary, is intended for big screens such as monitors, televisions, and projectors. Then there's Estouchy, which is the one you will want to poke at. If blue isn't really your thing, both themes will let you change the color into something else. 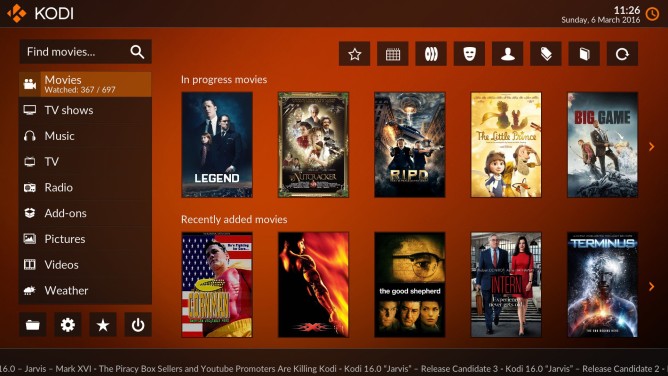 These changes are only available in nightly builds for the moment, which you can grab from the Kodi downloads page. For a full run-down of what's changing, hit up the lengthy overview at the link below.

Bloatastic Update To The ASUS Zenfone Selfie Brings A Bunch Of New Crapware And Cheetah Mobile, ...