I'm pretty sure something was lost in translation between the different reviews of ASUS' more recent generations of phones and the company's software development team. Everyone has lamented the high customization of ZenUI, the software layer that ASUS has slapped on top of Android, and its endless list of pre-installed and useless apps. On our own team, different writers unanimously pointed to the software as the major drawback for the Zenfone 2, Zenfone 2E, Zenpad S 8.0, Zenfone Selfie, and Zenfone 2 Laser. So what's ASUS to do to fix that?

Add more bloat. For realsies. That's what's happening with the latest update to the Zenfone Selfie, as if the phone wasn't full of preloaded crapware already. Or as if ASUS needed more reasons to make their everyday users hate them for filling up their phone to the brim with things that they likely won't ever need or use.

The update in question is version 1.15.40.1238 and it started rolling out on March 8 to devices. It should take about a week to reach all phones. What does it add? Well, there's an app by ASUS called ZenChoice that's supposed to be "your All-in-One app solutions platform to enrich your device's functionality." I'm not sure what that is, but it seems like a front to download more bloatware — woop!

Then there are these unmissable gems. CM Security is Cheetah Mobile's "security" app which is supposed to "protect your devices from virus, malicious ads, or spyware. Use CM Security for your premium protection." That's just rich for a company that's notorious for injecting its apps with adware at every opportunity and in every screen and outlet possible, not to mention the actual utility of the apps themselves. Sure, CM scan my phone for viruses, I wonder if you'll flag yourself as a potential threat.

And the second app is Dr. Booster, a "smart and free game speed booster for a faster performance on ASUS mobile devices." You know what ASUS, I think it doesn't do your marketing any good to admit that your devices need faster performance to begin with, and if you're dead set on actually improving the gaming performance, I know a better solution that may have not occurred to you: REMOVE YOUR DAMN BLOAT. Maybe if there weren't dozens of apps waking the processor from sleep and running unnecessary processes in the background, your phone would be a stellar gaming performer. Or you know, it'd be as good as it could ever be.

Luckily, the update does some good to the ZenFone Selfie. There are stability improvements for the system and camera and fixes for the SIM card and APN setting. You're still on Lollipop though: ASUS announced Marshmallow will be coming to the phone but only in the second quarter of the year. Just in time for it to be outdated upon release.

Just for kicks, here are the links to CM Security and Dr. Booster on the Play Store, in case you want to check out all the awesome things that they do and immediately install them on your own phone because you can't wait for the OTA update to do that. 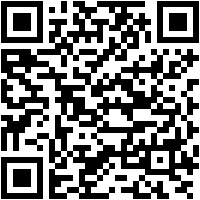 Kodi Media Center Is Getting A New Look In Version 17, Available Now In Nightly Builds