By default, these smaller icons are Wi-Fi, mobile data, battery, Do Not Disturb mode, and flashlight (assuming your device includes an LED flash). They can be switched around easily - see below. For Wi-Fi, mobile data, and flashlight, one tap will work as a simple toggle. For the battery and Do Not Disturb buttons, larger interfaces will be opened in the shade after a single tap. A long tap on all five of these smaller buttons will open their respective screens in the main Android Settings application. 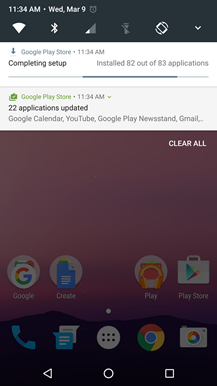 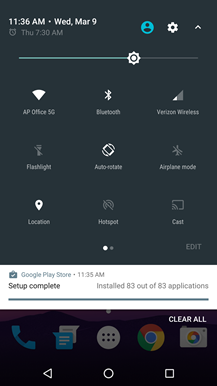 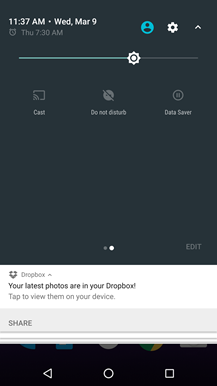 Tap the down arrow and you'll open the more familiar Quick Settings menu, with larger icons, labels, and a paginated interface, plus a brightness toggle. There aren't any drop-down lists for Wi-Fi connections or Bluetooth devices, but a single tap from this screen will open up a quick list of connections in the notification shade. The usual buttons are all on hand, plus a special Android Beta Program button for the preview builds with a built-in feedback button. 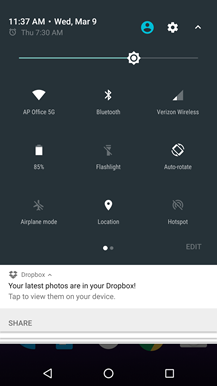 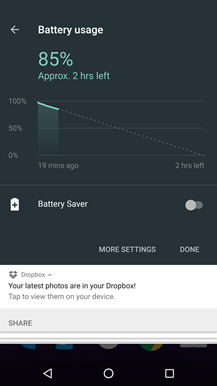 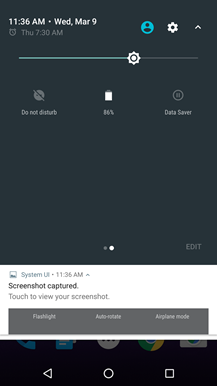 But the coolest feature in this initial Android N build might just be the Edit button. Tap it and you'll be taken to an easy new interface for enabling and disabling Quick Settings toggles. All of these can be swapped between the active and inactive pages, and those buttons that are placed in the first five spots will be automatically added to the mini-toggle bar. Editing the Quick Settings menu was possible in Android Marshmallow, but it wasn't this obvious or easy. A lot of these ideas have been borrowed from aftermarket mods and ROMs, and they add a much-needed layer of customization and modular goodness to the Quick Settings menu. 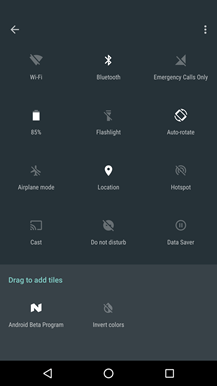 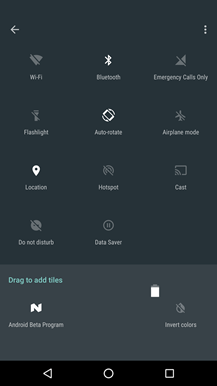 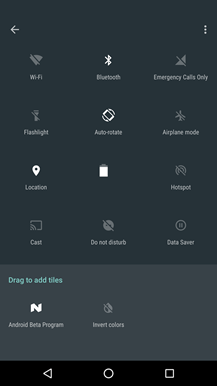 As with all elements of the developer preview builds, the Quick Settings area is subject to change. That said, it looks pretty complete at the moment, and all of the changes so far seem quite positive. Speaking for myself, they've made the preview build flash worth it all on their own. Check it out if you have a compatible device: builds for the Nexus 6, Nexus 9, Nexus 5X, Nexus 6P, and Pixel C have already been posted.