System UI Tuner made its debut in the Android M developer preview, and a little less than a year later it's getting some interesting new additions in version N. It's still activated in the same way: lower the Quick Settings shade and hold the "settings" gear icon for a few seconds. After that, the System UI tuner option will appear in the main Settings menu. We've already examined the new color balance calibration tool and the return of Night Mode, plus the new Quick Settings options, which are now exposed to the user by default. Let's take a look at the new Statusbar options, some of which are new and some of which are carried over from Android M:

This one isn't exactly straightforward: it shows or hides a rotation icon on the right side of the statusbar. If you've enabled auto-rotate in Quick Settings or elsewhere, the icon doesn't appear, but if you've disabled it, it will show as a portrait-only icon on a phone. (Apparently tablets will show either a portrait or landscape lock.) If you leave this System UI Tuner option disabled, it won't appear either way. 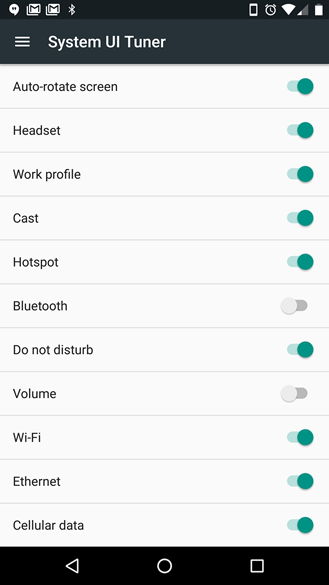 When enabled, a headset icon will appear on the right side of the statusbar if you plug in a stand-alone microphone or a wired mic/headphone combo. Oddly, this option doesn't seem to apply to a standard Bluetooth headset, which is handled by the Bluetooth icon itself. 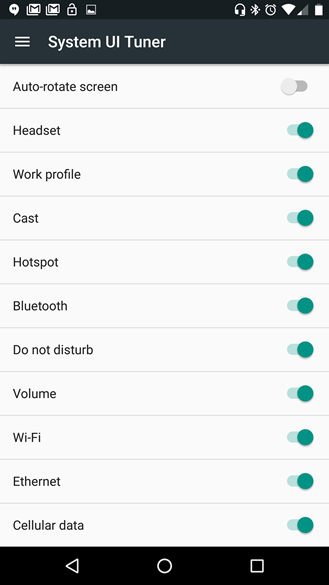 Presumably this enables or disables an icon that shows when your Work security profile is activated by a location proximity. Unfortunately I can't get it to appear or disappear in this first developer preview.

This option enables or hides the icons that appear when your device is set to Vibrate or Alarms Only mode. If you have volume enabled it won't appear in either setting. 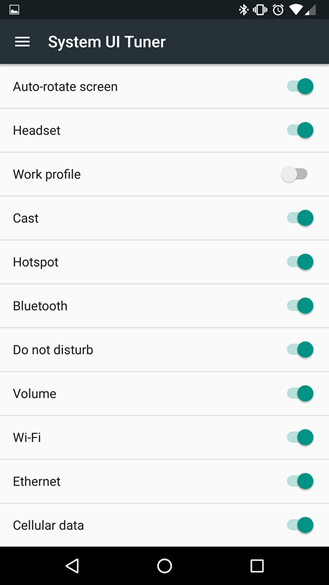 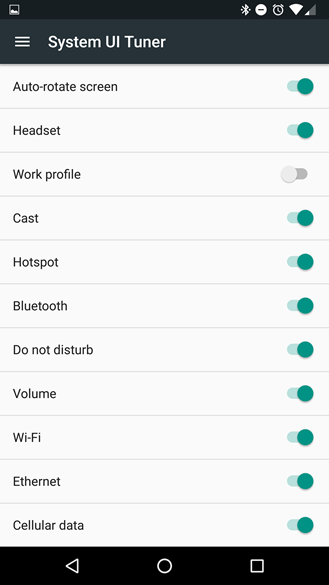 The battery item has three options: show the percentage only when charging (default), always show percentage (my personal favorite), and an option that hides the battery icon entirely. In Android M it was only an on/off toggle. 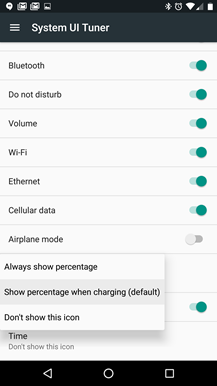 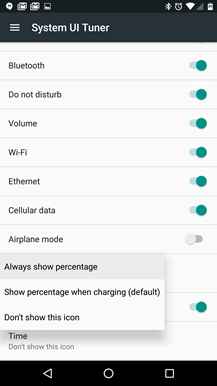 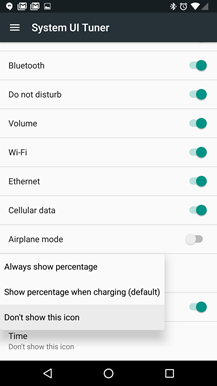 Again, users have three options here: a standard hour and minute clock, an extended version that also shows seconds, and completely hidden. Oddly there's no option for an AM or PM readout, though this appears when you lower the notification bar. 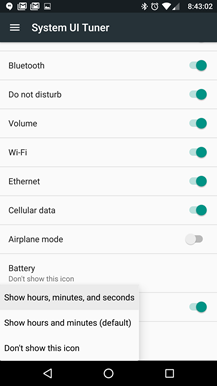 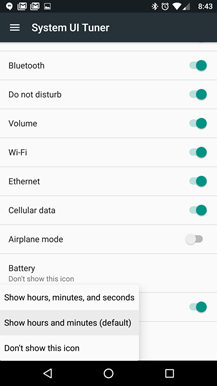 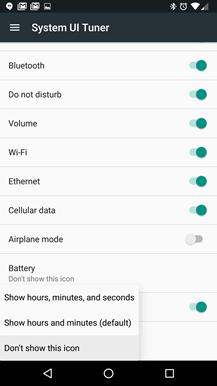 All of these options simply enable or disable their relevant icons, assuming they're active in the first place. Disable them all and you can get a completely clean statusbar... if you want. 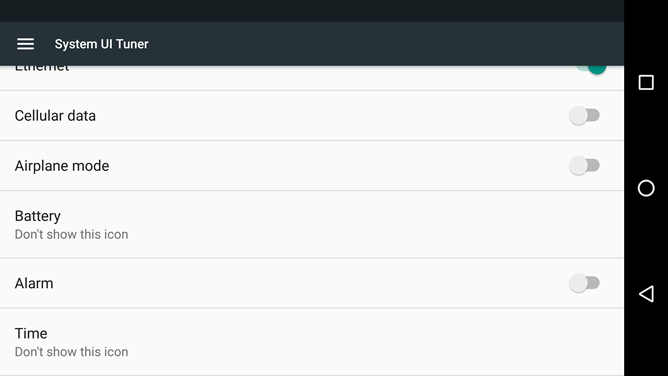 Combine these options with the per-app notification settings in the Apps portion of the Settings menu, and Android N will let you make your statusbar and notifications look more or less however you want them to.

[Updated] The Nexus 6P Is Getting An Update (MHC19I) With Performance Improvements, A ...