The folks at iFixit are all about empowering consumers to repair their own devices. But they never said that was easy, and such is the case with Samsung's 2016 flagship. As usual iFixit has meticulously torn apart the Galaxy S7 for your education and entertainment, and unsurprisingly, the components are even more intricate and hard to replace than they were on the Galaxy S6. Warning: gratuitous phone guts below. 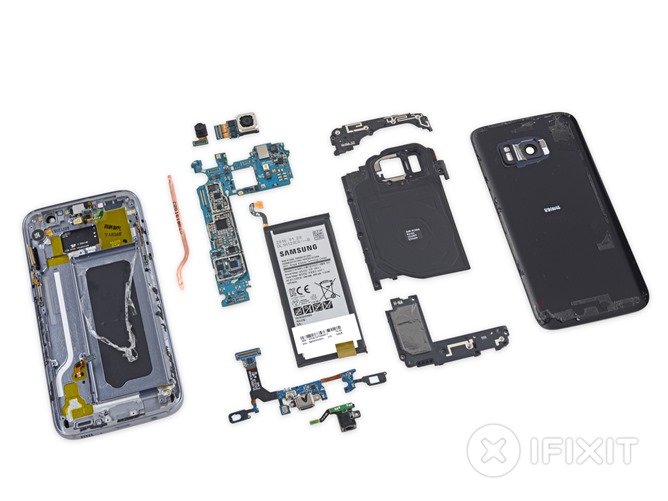 To be fair, it doesn't seem like Samsung is intentionally making their phones difficult to fix - that's just a by-product of the incredible engineering that goes into making more and more powerful electronic components that are smaller and smaller. This year's Galaxy has no external screws and all the internal components have water protection, so the device has to be opened with a combination of powerful suction cups and small pry bars. Once inside, all the components are fairly familiar if you've ever cracked open your gadgets, though the enormous battery (relative to the phone's size) and triple-piece midframe are notable. Also, check out the little copper piece in the fully exploded view: that's a miniature heatpipe filled with liquid which vaporizes to carry heat from the internal components to the metal frame. 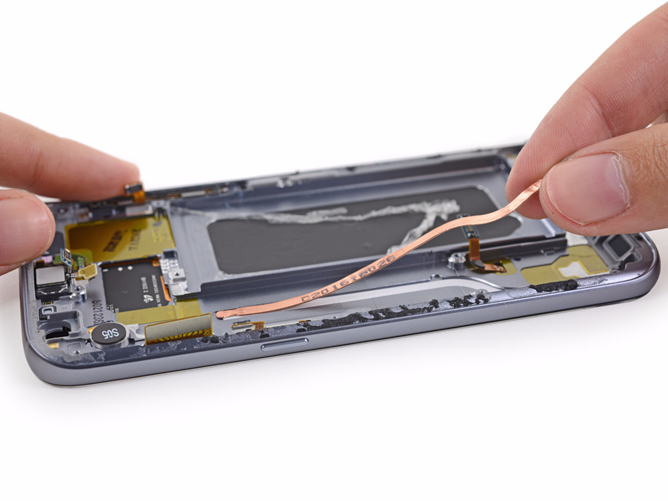 iFixit gives the Galaxy S7 a reparability score of 3 out of 10, which is pretty abysmal. If you're experienced in carefully deconstructing electronics (and you can find the parts) it's probably doable, but there's a fairly good chance that you'll break something else when you try it. You can expect the Galaxy S7 Edge, with its larger curved screen, to be even more of a chore.