Amazon really wants people to use voice command to buy stuff. So much so that the new Echo Dot, the smaller, cheaper version of the Amazon Echo that can use an existing speaker can only be bought through voice commands, specifically on an existing Amazon Echo unit or through Amazon's Fire TV platform. At least, that's what the launch announcement says. It turns out you can get one through the Amazon Android storefront app just as easily, no extra hardware required (though you do need to be an Amazon Prime subscriber). Here we go:

1. Download and install the Amazon Shopping app on an Android phone or tablet. (This might work on iOS too, but I don't have anything to test it with.)

3. Tap the microphone icon in the upper left corner to start the voice command tool. 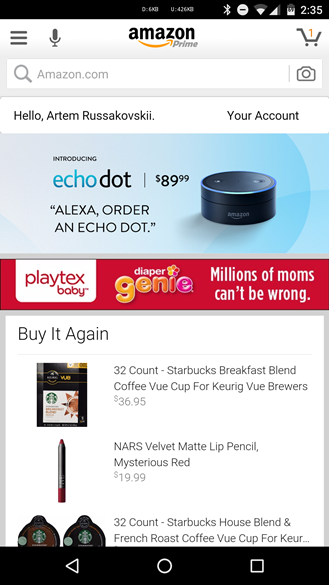 4. Say "add Echo Dot to shopping cart." Speak clearly - I got "echo dog" and "echo dart" before it caught the right voice-to-text string. 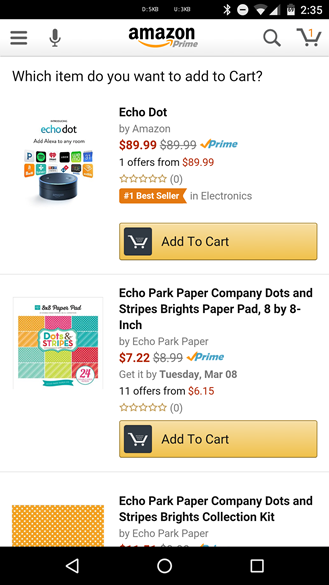 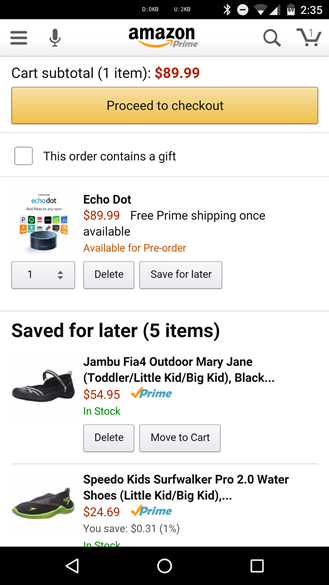 Note that the Echo Dot is in pre-order right now - it should ship on March 31st, along with the $129.99 Amazon Tap. Again, according to Amazon you need to be an Amazon Prime subscriber in order to buy either gadget.

[Weekend Poll] Would You Buy A Xiaomi Mi 5... Assuming It Was Available In Your Country?