HTC left Mobile World Congress to Samsung and LG, preferring to have the stage to itself when it announces its 2016 flagship in a month or two. Some of the wind has been taken out of HTC's sails today with multiple leaks of the "HTC 10."

So, it appears the "One M10" name has been trimmed down, but that's not all that's different. In one image of the actual device, we can see the new physical buttons with the home button in the middle and capacitive back and multitasking next to it (at least they're in the right order). No more on-screen buttons for HTC, apparently. The home button is a fingerprint sensor just like the HTC One A9.

In the multi-angle render posted by @evleaks (top), the device looks like a cross between the A9 and the M9. It has the rounded front with a chamfered aluminum frame that tapers down toward the edges. It would appear that the Boom Sound speakers are indeed gone, replaced by a single bottom-facing speaker. The camera appears to have what may be a laser auto-focus port next to the flash, but that might be something else. 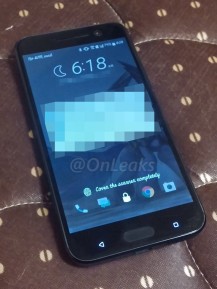 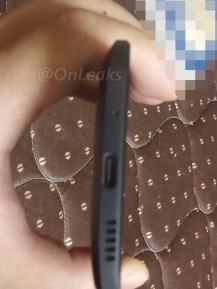 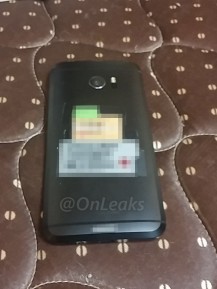 The next HTC phone is less mysterious today, but we still don't know when it will come out. We'll just have to wait on the official announcement.