Android N is expected to show up at I/O in May, but you don't have to wait until the official unveiling to see what the future holds. Following our report on the upcoming changes to the notification shade and quick settings, we've got more details on the system settings in Android N. You might have already seen the settings screenshot with a hamburger menu, but that's just the tip of the iceberg.

As before, these are mockups based on the real Android N screenshots. As you can see above, the top-level system settings in Android N will have a bar at the very top with do not disturb status and the apparent ability to switch modes from a drop down. Also in the top-level settings, you'll notice the divider in between individual items is gone. Now there's just a divider between each section. This is similar to the more unified look of notifications in the updated notification shade.

Additionally, many of the settings can display setting status in the top-level list. For example, Data Usage has the amount of data used and Display tells you whether or not adaptive brightness is on. Check out the current and new settings UI below. 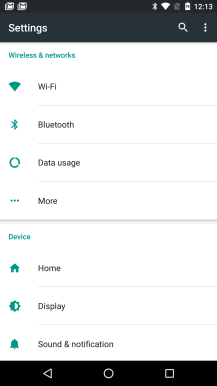 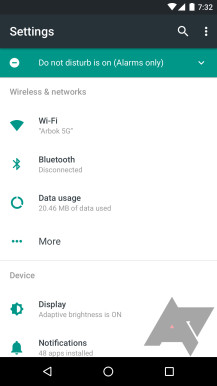 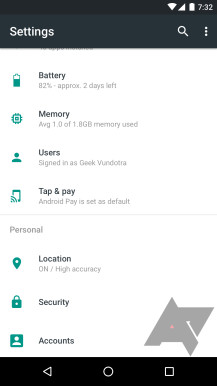 The hamburger menu is there to help you navigate between different areas of the settings, and it only shows up when you're at least a level deep. The items in this navigation list are the same as what you see in the top-level setting list, but there are a few differences between Marshmallow and N. We no longer see Home as a top-level entry—it's probably been moved someplace else. Notifications and sound have also been split into separate menus in Android N. 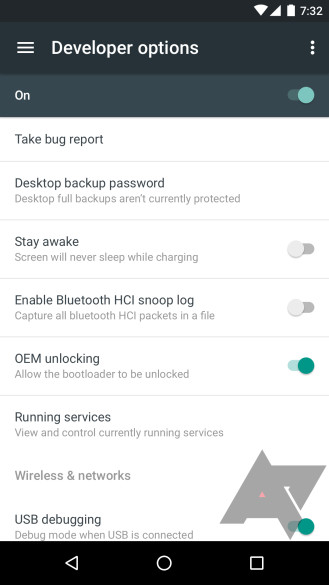 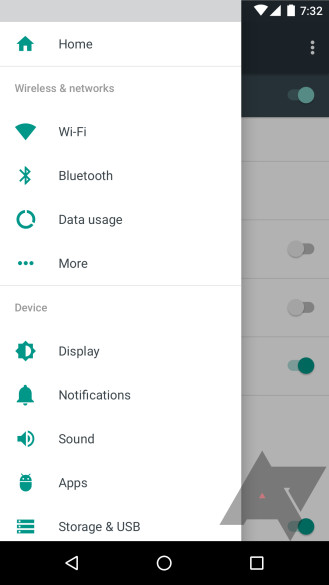 I'm not entirely convinced the new navigation menu will save time. After all, opening the hamburger and tapping an item is the same number of steps as hitting the back button and tapping something in the top-level list. Since it's been included in the developer docs, I feel pretty confident the hamburger will make an appearance in the final build, but maybe it'll be a little different than what we've seen.