The signs have been here for months for WhatsApp's support of document sharing, but the feature has just started rolling out to users over the past several hours. It doesn't seem like the option is baked into a specific version of WhatsApp since we've seen users from 2.12.453 (official Play Store release) to the latest 2.12.493 (beta) reporting it suddenly becoming available to them, while others still don't have it. Odds are it's a server-side trigger that's spreading the feature, and at a very fast pace according to the tips in our inboxes.

So how does WhatsApp Documents work? Sending a document is a matter of tapping the attachment icon in any chat and choosing the new blue Document icon. There are still 6 options there, but nothing has been removed because Photo and Video have been condensed into one as Camera, which now gives the option to take a new photo or a new video when tapped. 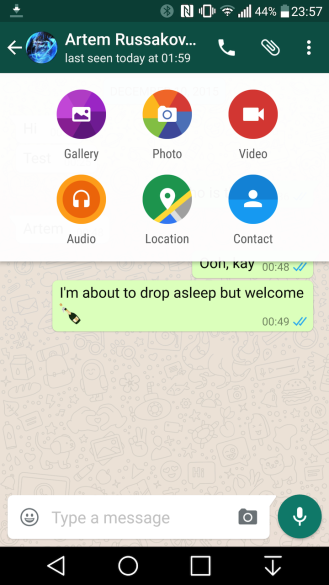 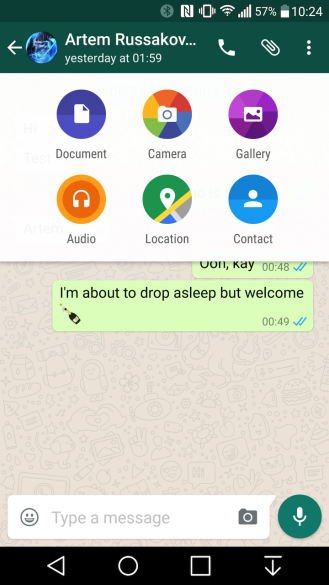 The next screen shows you the different documents on your phone that you can send, and for now, that's limited only to PDF files. Pick one and it'll start uploading in the conversation with a neat preview, PDF icon and the title, followed by the number of pages, size, and type. 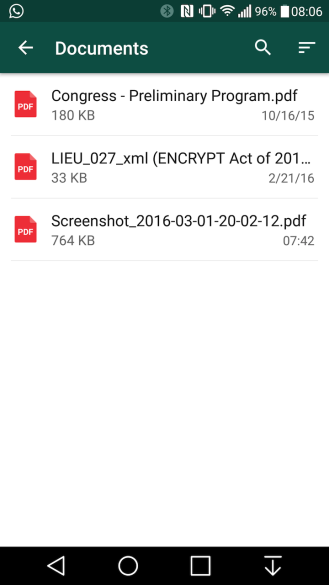 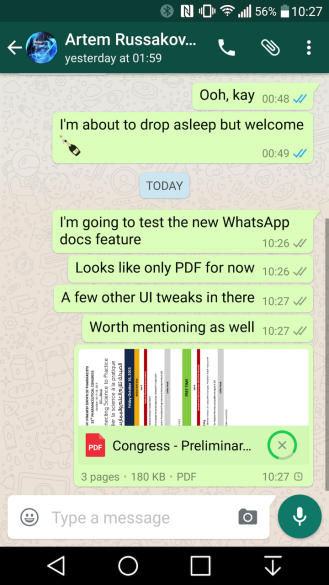 The new Documents will show up in the media history page of each chat alongside the newly added Links tab, and they're searchable. They'll also be there in the WhatsApp folder on your device's internal storage, under Media / WhatsApp Documents. And finally, you'll be able to toggle the option to automatically download these documents when you're on Wi-Fi, a data connection, or roaming in WhatsApp's settings. 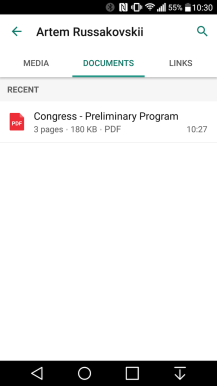 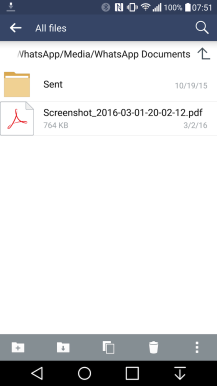 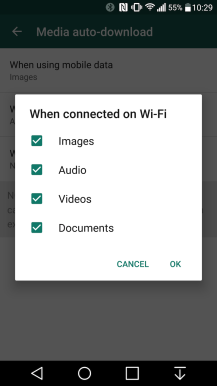 One more change that you'll only see if you're on version 2.12.493 of WhatsApp is a new design for the contact or group info screen. The cards now take up the entire width of the screen and the layout has been condensed. Gone is the big Notifications card title and its settings have been pushed to the top, while Phone and Status have been merged into the same card. I think it looks a tad more Material'y. 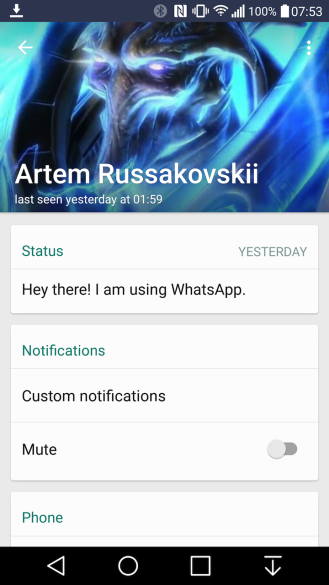 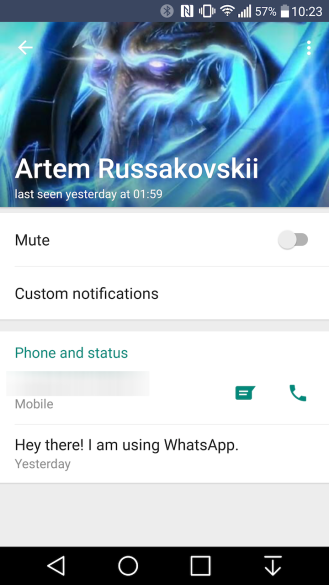 Since it's very likely that the Documents option is rolling through a server-side change, there's nothing you can do but sit and wait for it to show up on your phone. You can stick to the Play Store release or try joining the new Play Store beta program or grabbing the latest 2.12.493 beta file from APK Mirror, but there's no guarantee that those will speed up the process for you.