Google long ago teased Hands Free, a way to make mobile payments without even having to reach for your phone. Now it's launching a pilot program in the southern San Francisco Bay Area.

Google says payers will only need to tell cashiers "I'll pay with Google." Think of it as a magical command that will prompt the person on the other side of the counter to ask for your initials and confirm your identity by comparing your face to the photo connected to your Hands Free profile. Some stores contain cameras to do this automatically. Images captured this way, Google says, are deleted immediately.

This functionality can be considered a step forward for mobile payments, but it's not new. Square tried this a while back, though it shut the effort down in 2014. Mastercard showed off something similar last year. But NFC payments are nothing new either, and we're still waiting for those to become commonplace.

The requisite Hands Free Android app is already available in the Play Store. 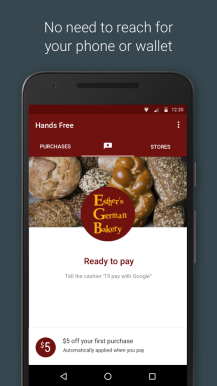 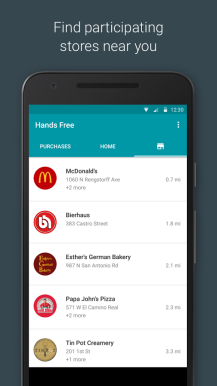 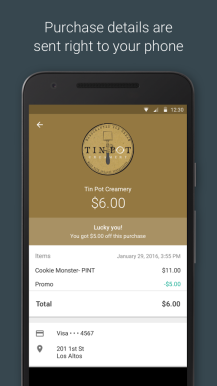 Visit the Hands Free website to learn more about the pilot. Google is offering users who test out the service $5 off their first purchase. That's just enough for a small burger and some fries. Just don't make it a combo.