The GoToMeeting Android app is not the most attractive app out there, but it gets the job done most of the time. It hasn't been updated with new UI features for a long time, and tends to get buggy with new Android releases (see: current issues with Marshmallow Bluetooth). Citrix is working on a revamp, though, and you can try it right now with the GoToMeeting v2.0 beta. Never mind that the current app is already on v5.3. The beta app is a separate listing, and it should show up for everyone without joining a Play Store beta test. The interface is much improved with colored status bars, FABs, and cards. It actually looks like an Android app now. The icon is different now as well. There are some screens of the old app below for comparison.

The beta app appears to have most of the features already in the official client, but a few items aren't mentioned in the feature list. For example, polls and Android Wear support. It is a beta, so presumably all the current features will be implemented in the new app before it's "done." I mean, this isn't Google. 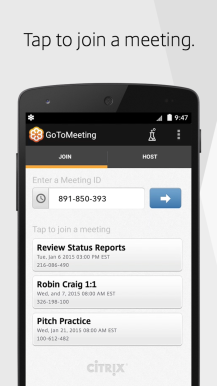 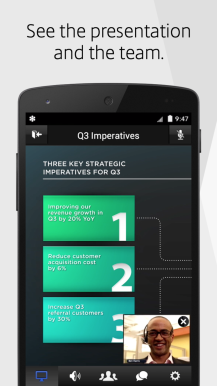 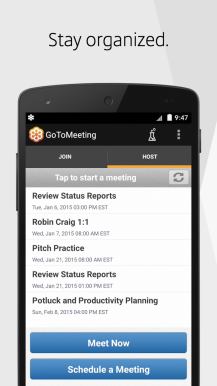 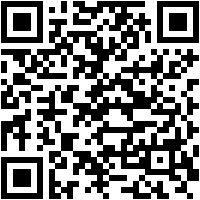