If you're one of the users who have committed to BlackBerry's first foray into Android with the PRIV, you'll be happy to know that the company isn't forgetting its early adopters or leaving them behind. It's been releasing security patches for its phones and now it's updating some of the preloaded apps on the PRIV: the camera, keyboard, and launcher.

The BlackBerry Camera app is adding a mode to capture slow motion video at 120fps (which can be played back at 30fps), but without any audio. The Keyboard app is getting plenty of enhancements to its prediction and usability, including learning from your social accounts and email, faster word deletion, and improvements to cursor control. And finally, the Launcher app will now show apps by Recent, Work, and Personal, and let you assign a new default homescreen or delete existing homescreens.

Here are the changelogs and download links to each of these apps. 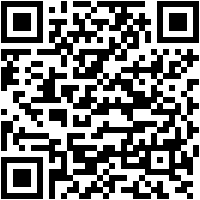 Former Google App Sky Map Gets Its First Update Since 2011