What's up, British people... and Welsh people, and Scots, and Irish people who live in Northern Ireland but not the other parts of Ireland. (Did I miss anyone?) You probably watch the British Broadcasting Company's news or television shows, even if it's only in passing. And some of those shows probably feature some live music. If you like the music on those BBC shows, there's an app where you can watch and/or listen to it. It's called BBC Music. Go figure.

BBC Music isn't a conventional streaming music app like Spotify. It's more of a repository for all of the performances that have been featured on BBC TV and Radio programs. That said, the app still features easy searching through that collection of music, and there are curated playlists separated by featured shows and presenters. Any song played on any BBC Radio station in the last week is accessible. Individual tracks can also be exported to partner music systems, specifically Spotify, YouTube, and Deezer. Unfortunately there doesn't appear to be a download or file export option. The app is limited to access in the UK, as with most of the BBC's premium offerings. It's free to download and compatible with Android 4.1 or higher. 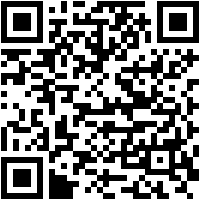