Those of you who use Chrome on your desktops are probably aware that rather than doing a clean sweep of your browsing history, you can choose to only erase an hour, a day, or a few other increments of time into the past. While I won't speculate too much about why a person may find themselves needing to do these things, it's an option that is better to have than not. The simplified functionality of mobile Chrome had to this point lacked these options. 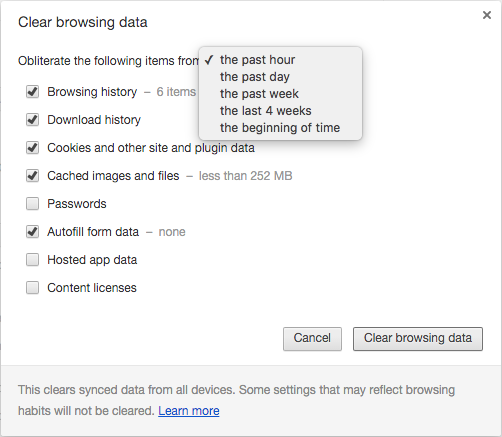 The current version of Chrome Dev (v50) for Android, however, has brought it on board. Here's a before and after, of sorts, comparing the Chrome/Chrome Beta interface with the new and improved one on Dev. 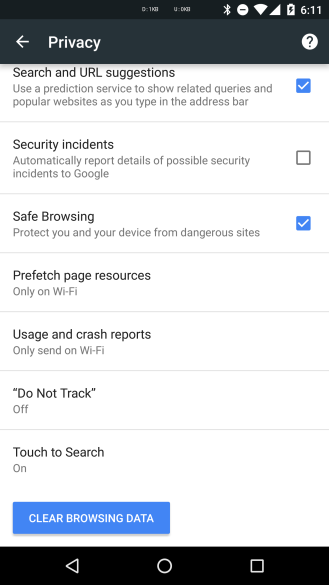 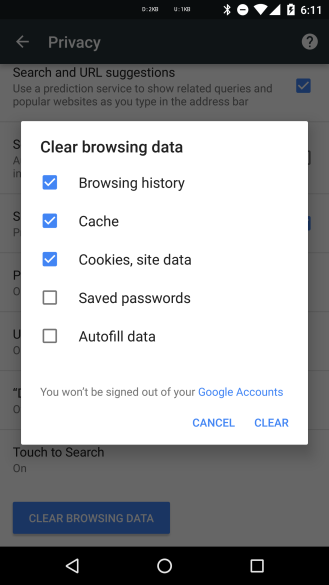 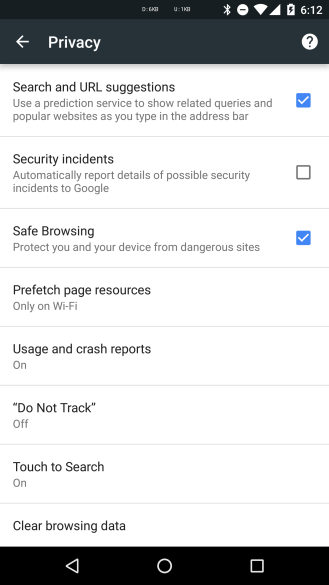 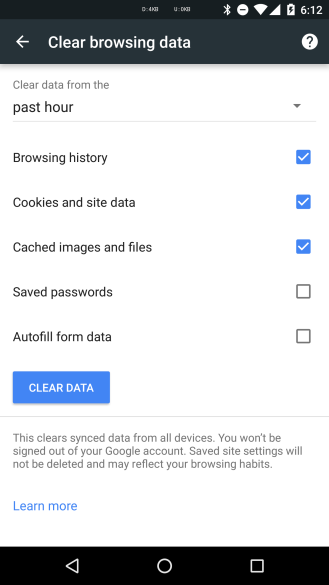 And you have a list of timing options equivalent to those on the desktop version of Chrome: 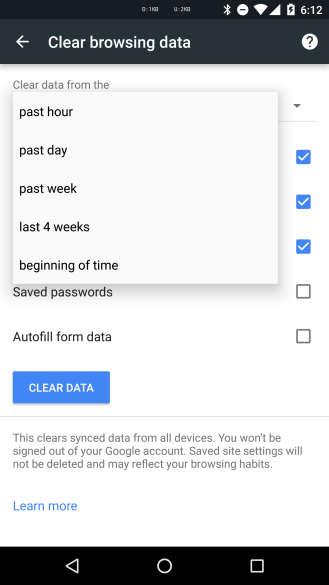 This isn't exactly a monumental shift in the feature set, so it is fairly safe to assume it will be included in future releases of Chrome Beta and Stable on the regular schedule. If you just can't wait, well, you probably already are using Dev in the first place.

Samsung Is Rolling Out February Security Patches To 'Flagship Models'