We published a quick look at the Galaxy S7 and S7 edge earlier this week, but today we had a chance to really sit down with the phones and learn a few things. With that in mind, here's our full hands-on.

The hardware on the new S7 and S7 edge is going to be deeply familiar to those with a Galaxy S6, Note 5, or S6 Edge+ - the design features are only slightly evolved, with most of the changes being internal. That's not to say nothing's changed on the outside, though. Samsung specifically considered user feedback, particularly from the S6 edge, and made the phone feel softer and smooth to hold around the sides. They've definitely succeeded, in my first impression, the S7 and S7 edge are quite comfortable in the hand. They've got a bit of a polished-rock quality to them with those increasingly rounded corners, but I can say I'm a fan - the glimmering finishes Samsung's created combine to create an object that feels quite precious. 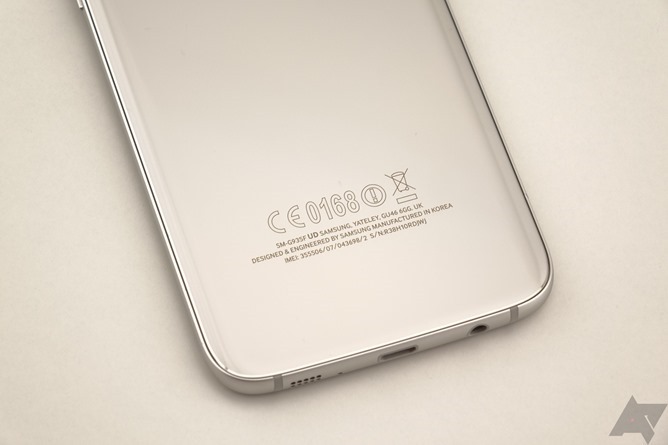 MicroUSB and 3.5mm ports are on the bottom, and the speaker they sit alongside is basically unchanged from previous devices. Also unchanged are the display panel (same generation as Note 5 / S6 Edge+), the construction materials, and the fingerprint scanner. New, though, is waterproofing - the S7 and S7 edge are rated IP68, allowing full immersion in water for up to an hour at depths of a meter, and they achieve this with sealed ports, gasketing on the frame, and nano-coating on the electronic components as a last-ditch way to prevent water damage in the event ingress does occur. 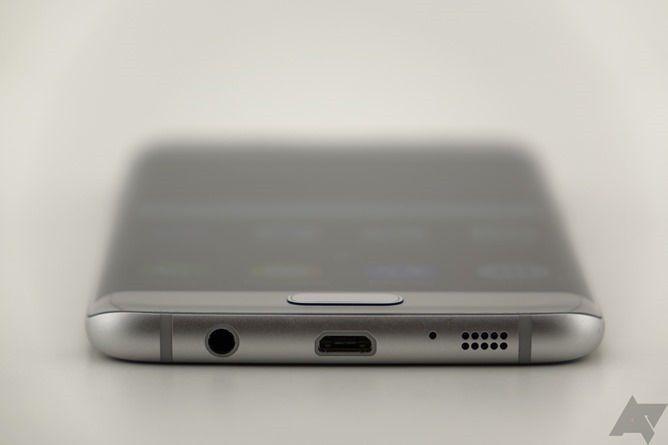 While Samsung doesn't recommend dunking your S7 then popping in the microUSB cable immediately thereafter, a quick shake / blow on the port should have you covered. Samsung showed us the components of the phone taken apart (no photos allowed, sadly), including the passive water-cooling pipe on beneath the main application processor (and one smaller module - possibly the modem?) on the SoC. The gasketing on the frame is quite subtle, and it's pretty incredible just how thin the glass panel on the rear of the devices is when you've got it off by itself - I can't imagine it'd be terribly hard to break if you were a brute about prying it off. 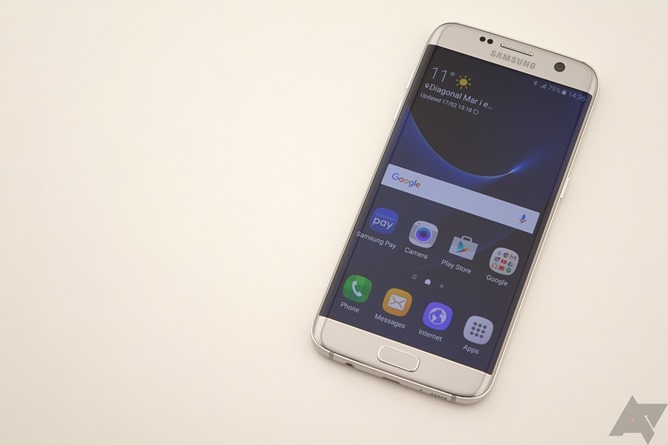 What is new? Well, the all-new rear camera sensor (Samsung is not divulging if it is a Sony or Samsung unit / design) is a 12MP system with fairly large-aperture pixels that, coupled with an f/1.7 lens, allows improved low light performance. Samsung's also licensed some tricky technology from Canon to use the entire sensor for autofocus, allowing incredibly fast focus speeds. Trying it out in the demo environment, I left legitimately impressed - perhaps the Galaxy S7 will finally put an end to the "hunting" we see so often on mobile video, but we'll have to wait for our full review to really explore that in-depth. The camera app also launched very quickly on the demo units, something that will hopefully hold up over time. 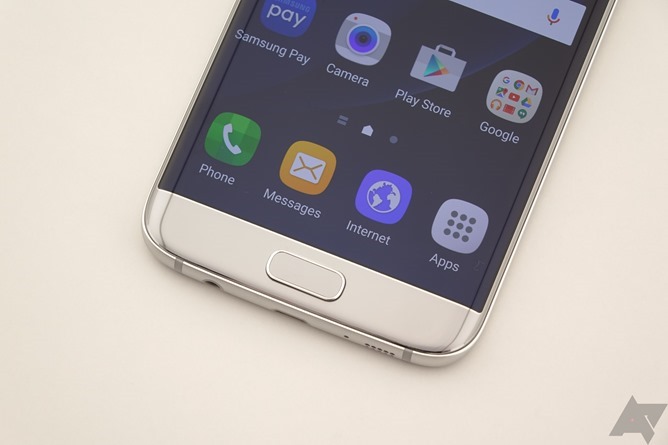 Battery life has been a big focus for Samsung on S7 and S7 edge, allegedly, which have 3000 and 3600mAh batteries, respectively. Samsung says the increased size is, in large part, due to a new battery design that allows a greater energy density, so we'll likely see this on more Samsung phones going forward. At least, hopefully. Battery life is also improved via more efficient chipsets (the Snapdragon model is on a smaller die process) with lower power consumption and higher peak performance. The Snapdragon version will be offered in the US and a few other select markets like China, while the rest of the world will get the Exynos version. Samsung expects performance and battery life of the two to be essentially comparable, though that could just as well be a political answer - we will have to wait and see. 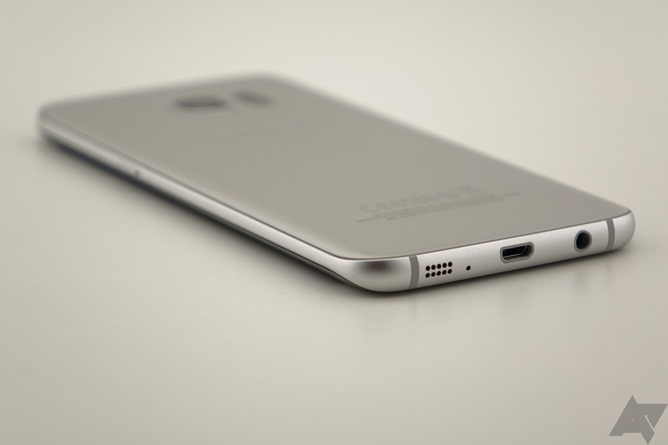 While the microSD slot has made a return on the Galaxy S7 and S7 edge, the slot does not feature Android 6.0's adoptable storage system. Why? Samsung says for two reasons. First, if someone pulls out the SIM and doesn't replace the SD card - or leaves it out and starts trying to open apps - the microSD card formatted as system storage could result in confusion for users. You also can't remove the SD and place it in another device, which Samsung claims people commonly do. Second, Samsung claims Google is discouraging adoptable storage on phones which have sufficient built-in storage and/or place the SD in a spot where it may regularly be removed, like the SIM slot. Do I believe people could become confused in some way about what adoptable storage entails? Sure. Do I believe this means it should be completely disabled, as opposed to a flag nested away in developer options for power users who actually want it? That's a much harder sale to make. LG has allegedly chosen to do the same thing (disable adoptable storage) on the G5 for the same reasons. 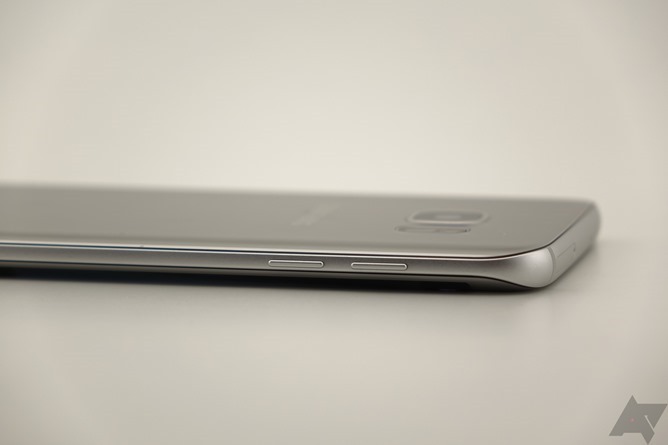 Getting into using the phone, the S7 and S7 edge feel very quick and responsive. I even did some back-and-forth multitasking to see if the phone reloaded apps unnecessarily, and the S7 edge didn't seem to flinch - apps loaded back to where they should, and did so quickly. So perhaps Samsung has finally fixed its aggressive memory management. TouchWiz has received some visual updates, but I'm not going to detail them here, as I didn't have an older Samsung device to side-by-side with on hand. 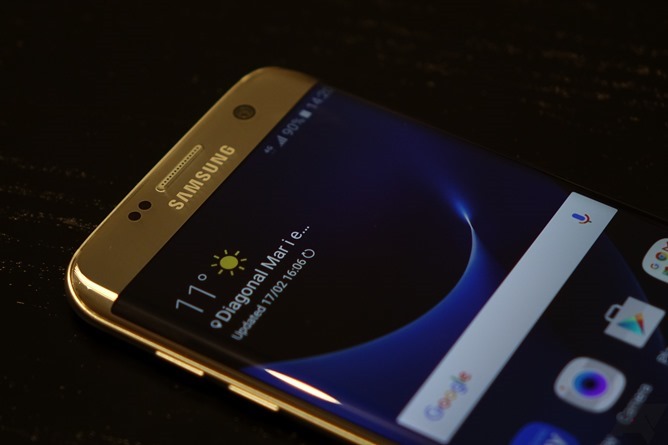 I will say the power toggle / notification tray seems to have gotten a nice blue and white makeover, and the dialer is cleaned up a lot as well. Aside from that, I didn't notice any other major changes in the time I used the device. One thing I did notice is a new area called Galaxy Labs, which Samsung claims will be used regularly to test new features and options on the S7 and S7 edge. The first two "labs" are... disabling the app drawer (yep) and long-pressing the home key to initiate voice dialing. I'm not sure why the second one makes sense when you have OK Google or S Voice on your phone already, but whatever. 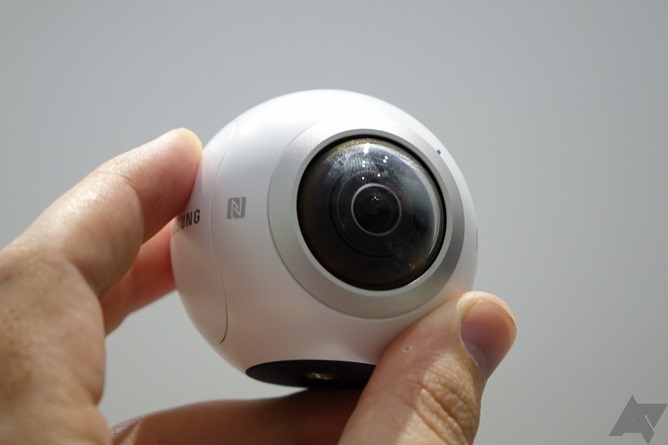 I also had some time to learn about the Gear 360 camera and, from what I saw, I'm very interested in this device. Using two 13MP sensors with fish-eye lenses, the Gear 360 lets you capture 360-degree video and export it directly to your Galaxy S7 / edge (or S6, Note 5, or S6e+) for stitching and editing. I think it's an absolutely adorable action camera, and the size is just perfect. It has a standard screw mount on the bottom of the ball, and comes with a mini-tripod in the box. It can record up to 4 hours on a single charge, but can also go until the memory card is full if you have it hooked up to power. Coupled with Gear VR, this could be a very fun product - assuming the price isn't astronomical (Samsung said it would be priced "for the consumer market," whatever that means). 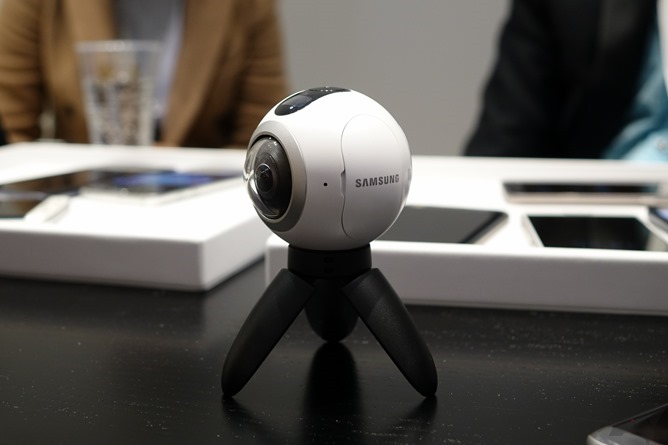 That's all we have for now, so until the time for a review comes, I'll answer what questions you have about the phones in the comments of this post. 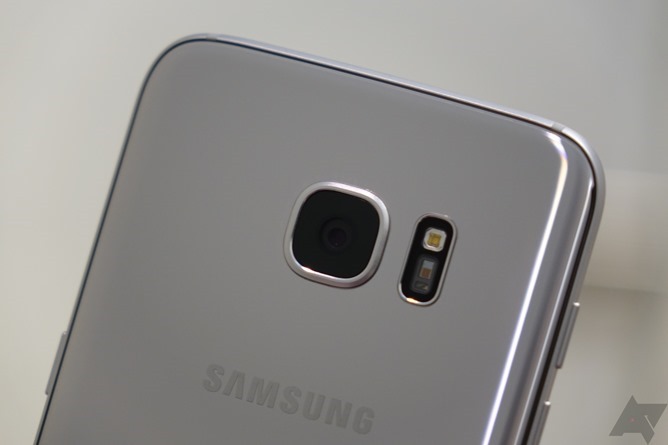