Street View is a fun digital tool for exploring the huge world we live on. An update to version 2.0.0.114257855 began rolling out earlier this week, and in addition to bringing far too many digits, it also has a few new features, a few visual tweaks, and improved support for spherical cameras. It looks like this one is rolling out pretty fast, but if you're in need of a download link, it's at the bottom of the post.

An official changelog was posted very quickly with this release. 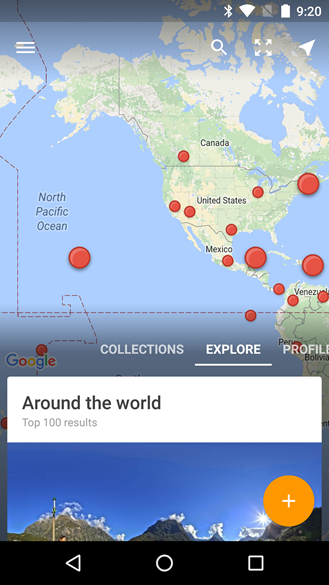 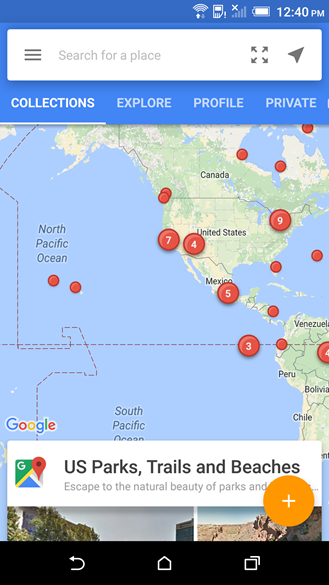 The first thing regular users are likely to notice is a new look for the main screen of Street View. The not-so-visible white icons across the top have been given a large, colorful toolbar, and the search button has been replaced with a full length search box. The page tabs that used to slide up and down over the map view have also been moved up to live permanently near the top of the screen. Overall, the interface is less confusing and more consistent with many of Google's other apps, particularly Maps. I think it's also more visually balanced. 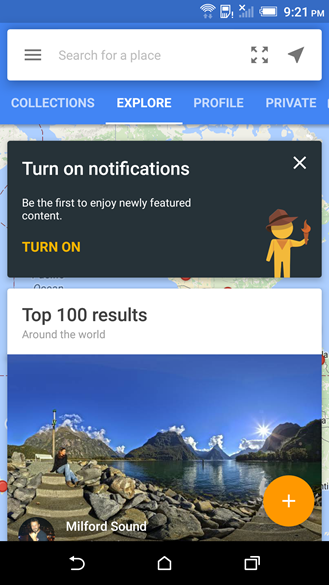 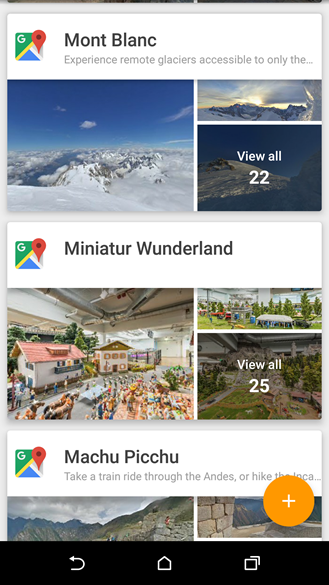 Turning from the aesthetic improvements to functionality, Google is proud of the visual content that has gathered for many of the stunning destinations around the planet and wants people to be able to experience its collections as they are posted. On first run, a card prompts users to turn on a notification that will alert them as new collections are added to the curated list. 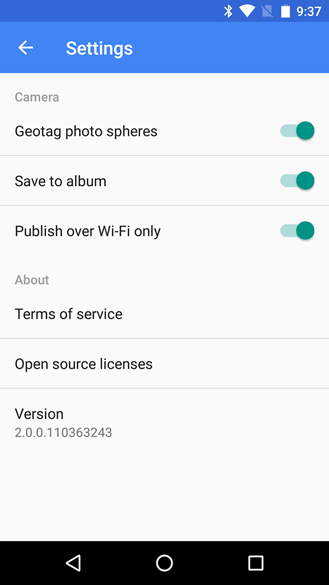 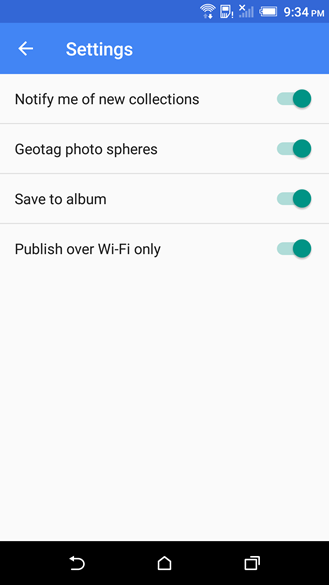 The notification can be enabled or disabled at any time in the Settings screen. It's noteworthy that the Settings screen has also been refactored a bit, or rather, wiped clean of anything that isn't a toggle, even the section titles. Honestly, I prefer the previous version of the screen because it fills out the space more evenly.

A couple of considerations have been given to users with spherical cameras. The changelog points out that they can look forward to better GPS tracking when a spherical camera is connected. In theory, this should ensure that photos are always taken with the most precise location data possible.

The other new feature listed with this version is support for capturing a photo with the use of a spherical camera's physical shutter button.

HTC Brings The Formerly China-Exclusive One X9 To North Asia, Europe, The Middle East, And Africa